My package was due for arrival yesterday and the courier guy called me six times for directions. That’s pretty standard here in Dehradun.

Their first call is to ask for the address. I’ve stopped pointing out to them that the address is on the package.

The second call is to ask for the address again, followed immediately by: “Where is that exactly?”

I used to think this meant I should give them clear, precise directions, starting from where they were and ending at my house. Now I realize that it’s not so simple. GPS exists, but most of our courier wallahs don’t trust it. This is because they don’t know how to use it but they don’t realize that this is the problem. So I give them a landmark (the Ashirwad Petrol Pump) and ask them to get there and then call me again.

Except that he is not at the petrol pump. He has sailed right past it (because he knows better than I do where I live) and is calling me from somewhere far ahead on Chakrata Road. So now it’s more complicated, but still manageable.

If only he would listen. But of course, he won’t.

That’s how I used to think. Now I know that I have to handle these calls (there will be three more for sure; sometimes five or six) like a Special Educator. I’m in the business and I recognize a learning problem when I see it.

This guy has difficulties with spatial awareness, sequencing, following instructions involving more than one step and – probably – reading and number recognition. So is he in the wrong job or did he just get a poor early education? Courier-wallahs are not an isolated example. They embody what is happening in schools across the country to a whole generation of children and young adults. That includes the guy who delivers your gas cylinder, the girl at the Vodafone office and whoever it is who serves you at your bania’s shop. So if you think the state of India’s education doesn’t affect you because you can afford good schools for your kids, think again.

The latest Annual Status Report on Education (ASER) provides the data: while more and more children are graduating high school in India – and girls are in school in greater numbers than ever – fewer and fewer have the skills to succeed in the real world. It’s almost as if going to school makes things worse. It’s almost as if we take kids’ innate intelligence, problem-solving abilities and coping skills and toss them into the nearest ditch.

67% of Indian teens have extremely limited math skills. Many are unable to calculate percentage, have no idea how to manage a household budget and cannot do simple division problems. And in a class of society where loans are a fact of life and usurious money lenders are rampant, only 15% understand how to calculate repayment. Only 15%. Ahem. This is huge. They take out loans and pay back at a rate of 100% and they have no idea how badly they are being cheated.

These are not just interesting statistics. Education matters. Kids graduating from high school and college want desperately to work but they can’t find jobs worth having and they don’t have the skills that would enable them to contribute to their communities. Their intelligence and resourcefulness is squandered and the talents that should have been nurtured and developed have long since withered and died. 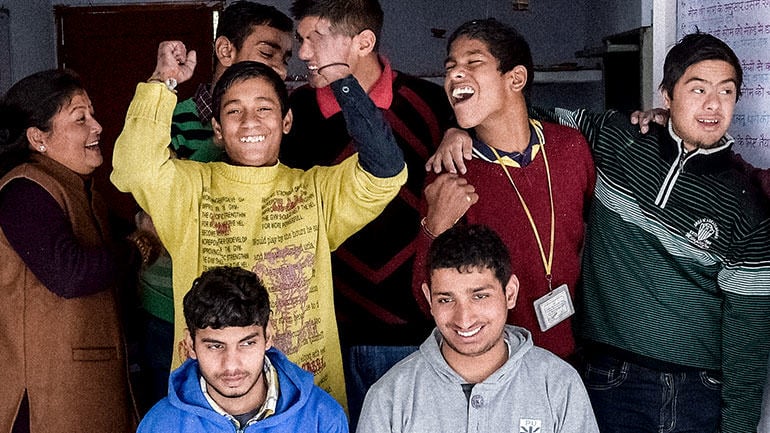 My courier-walla is a case in point.  It takes six phone calls – in which I am no longer trying to give him coherent directions but have simply accepted his limitations: “OK. Take the next left – when you see the sign for the photocopier, call me again.” When he finally arrives at my house, we are both smiling. He’s happy not to be yelled at by yet another customer; I’m glad he was able to complete his task (I am also glad to receive my package.). 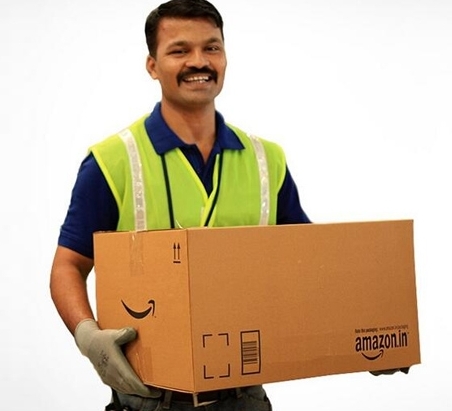 I ask him about his life and it turns out he’s a college graduate. He’s from Kumaon and he has a degree in Sociology. Like many youngsters in the mountains, he opted for Humanities not out of interest but because he didn’t have the grades for Science or Commerce. He had bigger plans for his life than to be doing what he’s doing now. His dream was to get a government job – for the security and the pension. (Is there anything so sad as a 21-year-old kid’s perfect job being linked to a retirement plan?).

I get a lot of packages delivered. With a full-time job, a disabled daughter and a paucity of goods available in our small city, online shopping just makes sense. Courier-wallahs play a big role in my life.

And though most of the time I meet them once and never see them again, occasionally the same guy comes over and over and over. Moy Moy’s feeding tube arrives by courier from Delhi every 3 or 4 months. The woman who sends it and the guy who delivers it are fixtures in my life.

He knows the way to our house now and he never calls for directions. He came today, in fact, and I wasn’t even at home. I was out for a walk and when I got back, the familiar package was waiting for me. I had been working on this post and I knew he would be coming and I had hoped to ask him some questions and get a photo of him handing me the package.  That it didn’t happen that way is sadly emblematic of the courier-wallah’s role in our lives. They bring us what we need and then they disappear, nameless and unthanked.

Writing this has made me notice him. I hope reading it does the same for you. 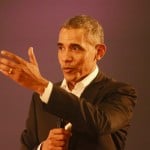 Barack Obama Does Disability in Dehradun 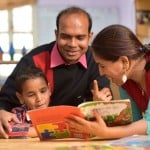