A child with Asperger’s syndrome has normal intelligence and adequate language skills in the areas of vocabulary and grammar – but a lack of social skills, difficulty with relationships, poor coordination, poor concentration and a restricted range of interests. 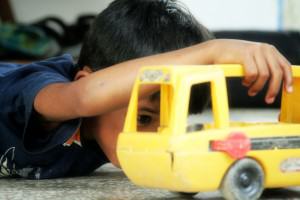 Although children with Asperger’s syndrome may have normal language development, they may have difficulties understanding the subtleties used in conversation, such as irony and humor. They generally show below average nonverbal communication gestures, fail to develop peer relationships and find it hard to reciprocate emotionally in normal social interactions.

Asperger’s disorder generally tends to have a somewhat later onset than Autistic disorder and is more common in boys than in girls.