Human sexuality encompasses the sexual knowledge, beliefs, attitudes, values and behaviours of individuals. Its various dimensions include the anatomy, physiology and biochemistry of the sexual response system; identity, orientation, roles and personality; and thoughts, feelings, and relationships. The expressions of sexuality are influenced by ethical, spiritual, cultural, and moral concerns. 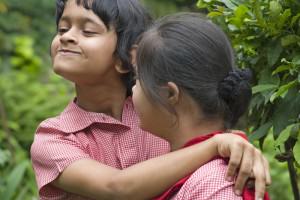 Human sexuality is often mistakenly understood to mean the ‘need’ to have sex. However, as the above definition shows, human sexuality has many facets. Having a physical sexual relationship may be one aspect of sexuality, but it is not the only one or even the most important. Sexuality could extend much beyond the physical sensations or drives that physical bodies experience. It is also what we feel about ourselves, our understanding of ourselves as women, men or transgender, whether we like ourselves, and what we feel we have to share with others.

Here are some common myths with respect to Sexuality

Similarly, myths around disability and sexuality also exist. Here are some common ones

Society perpetuates popular perceptions of beauty and perfection, which gravely impact body image and self esteem of people with disabilities.

What is the perfect body? Those who do not fit into culturally prescribed notions of beauty are treated differently. The further away one is from the norm (the greater the ‘deviation’) the more the person is discriminated against.
Society disables a person – through attitudes of pity, superiority, physically disabling conditions that limit access to buildings, services and entertainment options, which furthers makes people with disabilities dependent on others. Society disables family members of people with disabilities as well; by treating them as people who are burdened and embarrassed all their lives because of their relationship with people with disabilities. Unfortunately this myth may be abetted by the family members themselves, mainly because of the way society has viewed Disability through these years.

Ethical dilemmas we may encounter

Checklist for Parents, Teachers and Other Care Providers

(Adapted from www.tarshi.net by Prabha Nagaraja and Gunjan Sharma)