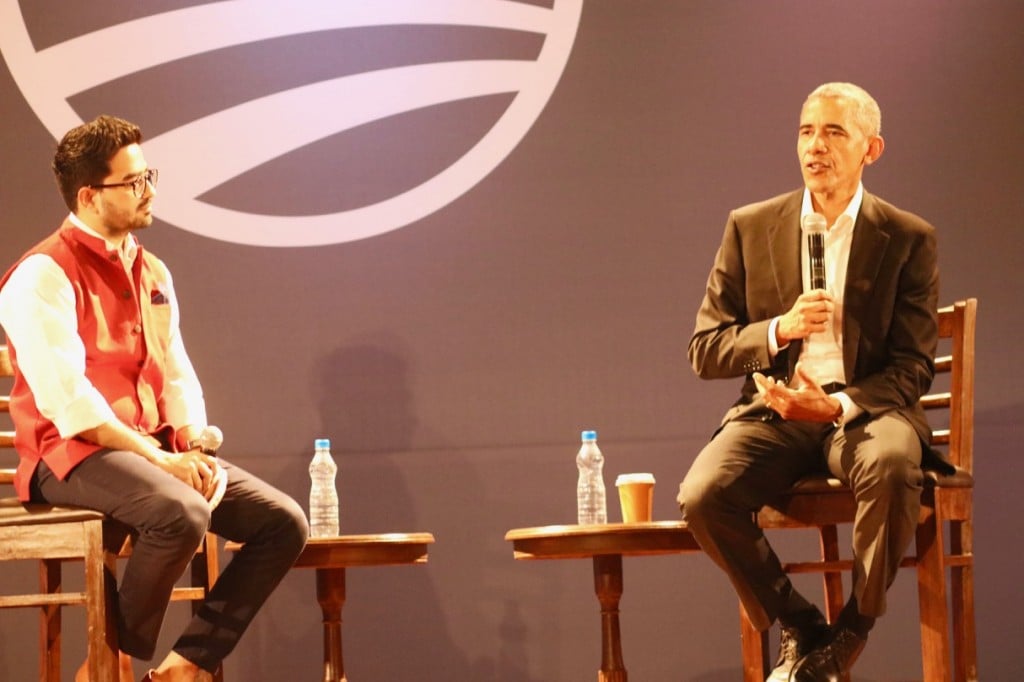 Barack Obama has never been to Dehradun. But he’s changed things for the better here. That’s how charisma, commitment and a sense of history work.

When Barack Obama came to Delhi in November, I was one of the lucky few who got to attend his Town Hall. (That was thanks to Al Giordano – a political genius and one of the first to recognize Obama’s potential – he put in a good word for an old friend.)

At that Town Hall, I was, by far, the oldest.  (Aside: He was here to meet the kids. In the video clip below, he had just recognized yet another “young woman”. I called out from the audience (inaudible on the clip): “Don’t forget older women! We’re the resistance!” The clip here is his response.)

Just an aside. But it was a sweet moment and I smile every time I see it.

I wasn’t smiling much that week. I was due to speak at a conference on developmental disabilities in Mumbai a few days later and I wasn’t looking forward to it. My topic was “Working with the Government” and when I had accepted the invitation two years earlier (conferences plan way in advance!), our relationship with the government was, if not great, at least functioning.

Now that relationship was in tatters. Government funding had ceased 18 months earlier for our assessment centre for kids with developmental disabilities. It was in a government hospital and we wanted to stay there, even though we were now paying for it ourselves.  Government hospitals are always where the poorest families end up. The children we most wanted to serve came there and we gave them what no one else in that building was giving: dignity, welcome, importance. 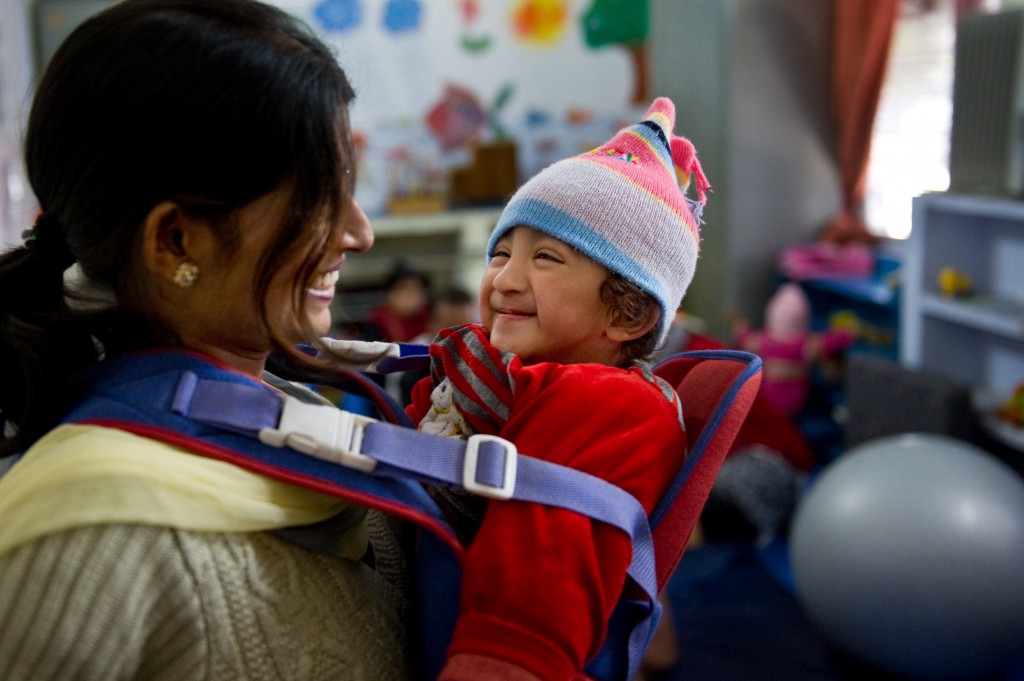 To say nothing of a clear diagnosis of their condition, reassurance for their parents and a practical, helpful way forward. But no one understood or appreciated what we were doing and everyone in that hospital wanted our space (because it was clean and beautiful – we designed and maintained it ourselves); the pressure to vacate had finally forced our hand.

So sitting there in Barack Obama’s Town Hall, I was pretty irritated with the powers that be. I was down on public-private-partnerships, I had no illusions about the possibility of working amicably with the government and I had given up hope that anything much would change. My presentation for the Mumbai conference reflected that cynicism.

But as I listened to the first Black President in America talk about change and how slowly it happens (slavery ended over 150 years ago in the US, but segregation continued until the mid-60s and racism is still a major negative force in American society), I began to regain my sense of perspective. “There has never been a better time to be alive,” Barack Obama said. The facts he cited were impressive: Child mortality has been cut in half since 1990. Almost every woman on the planet now has the right to vote. Marriage equality in many countries is a legal right. Significantly more girls are in school, more adults can read and more children are getting the vaccines they need.

And because of initiatives like ours, early childhood is now increasingly recognized as crucial to overall development, children with disabilities are being identified earlier, parents are learning how much potential those kids actually have and a disability is no longer a free ride to nowhere.

These things didn’t just happen, he pointed out. Citizens all around the world saw a need and made up their minds to do something about their concerns – often in small, unsung initiatives, often misunderstood and often in the “one-step-forward-two-steps-back” mode of progress. 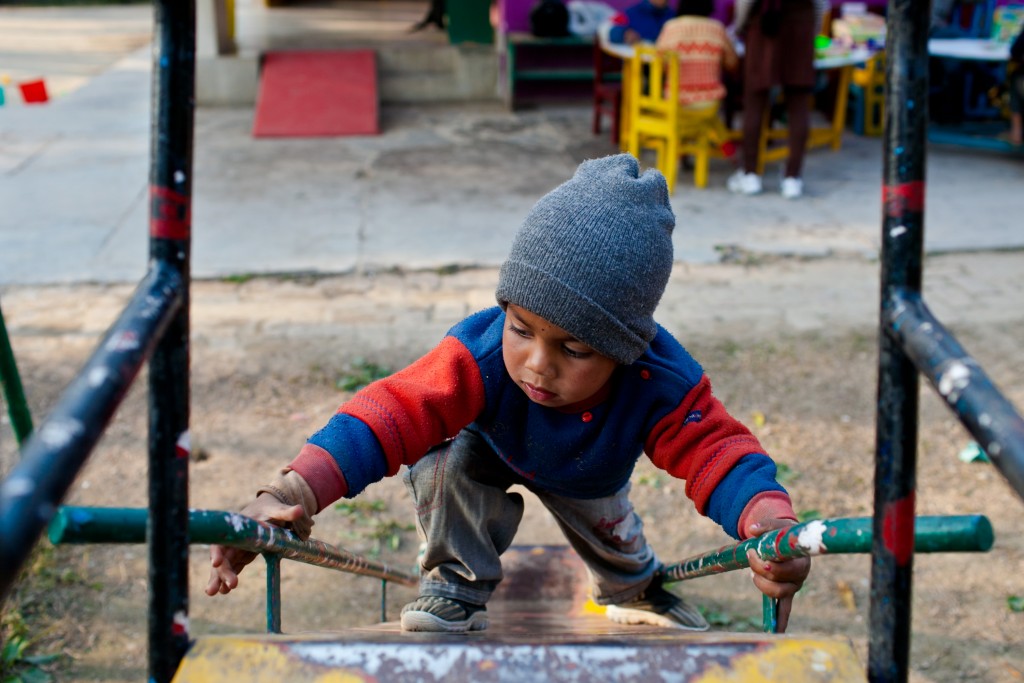 I started re-writing my presentation in my head. Because suddenly, our failure to succeed with the government of India looked more and more hopeful. Ultimately, we had failed, yes. But as part of the long hard struggle to achieve equality and human rights for children with disabilities, we had also succeeded. We had planted our flag and stood our ground –  seven years in that government hospital! And during those seven years, thousands of families had benefitted. We could do it again.

By the time I presented in Mumbai, my message had changed from cynical defeat to confident optimism.

We have just applied to run another government program, hopefully back in the Doon Hospital. We are going into it this time better prepared for what lies ahead and with more protection against the inevitable difficulties. With fewer expectations, we have greater hope. We see this journey now in its historical perspective and we are proud to play our small but crucial role.

Eyes on the prize! Hold on, hold on.

This Is Going To Be Fun