I am used to thinking of Ravi as distinguished. Wise, profound, insightful – you name it. From the earliest days of our marriage, I’ve been accustomed to scenes like this one: 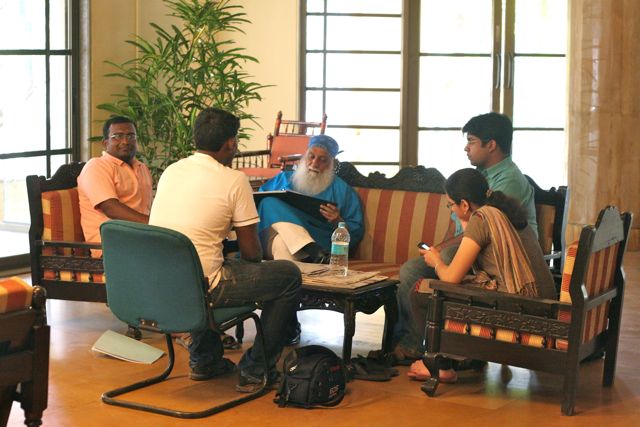 My friend Rachel calls these the “Tell Us The Meaning of Life” tableaux – bright, committed young people seem to flock to him, eager for whatever bits of wisdom he might have to offer that particular day.

He seldom disappoints. Even now, having been married to him for nearly 35 years, I still find him astonishing.

So I was not surprised when IIT Bombay awarded him as a Distinguished Alumnus. I was just surprised with how long it had taken them to do it. 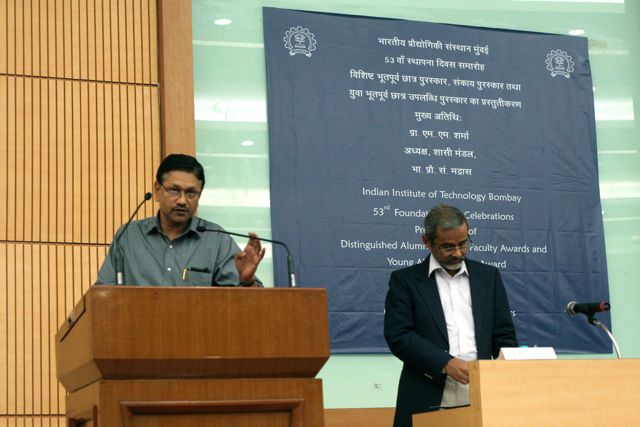 The man who introduced him had a seamless narrative to present: the career path of a person whose goals were clear from his college days is – at one level – an easy one to share. Everything in Ravi’s life has built to where he is now: no wasted motions, no diversions, no confusion. Simply a bright, clear line from the truth as he sees it – justice for the poor, simplicity, integrity – to the work that he does.

But at another level, Ravi’s life is a mystery even to those who know him inside and out. How does he stay so single-minded? Where does he derive his strength? How does he keep on going? What gives him the power to stay so true to his convictions?

Of course, I have my guesses. But there are days when I prefer not to try and figure it out, days when I would rather be like one of those wide-eyed students, sitting at his feet and waiting for the answers to the eternal questions: Why are we here? Where are we going? WHAT IS THE MEANING OF LIFE?

Wives, of course, are seldom wide-eyed. We know everything about the guy. But even knowing it all, I have to admit that this guy is someone very special, that the skies can hardly contain him and that if I had to do it all over again, the only change I would make is to have grabbed him sooner.

Congratulations, IIT Bombay. You’ve finally realized what a jewel you have in your crown. 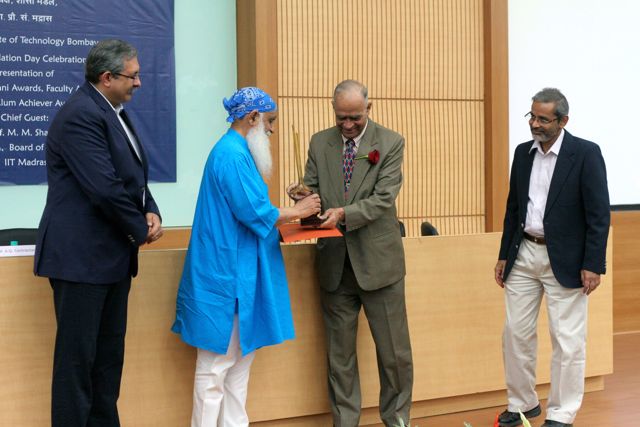