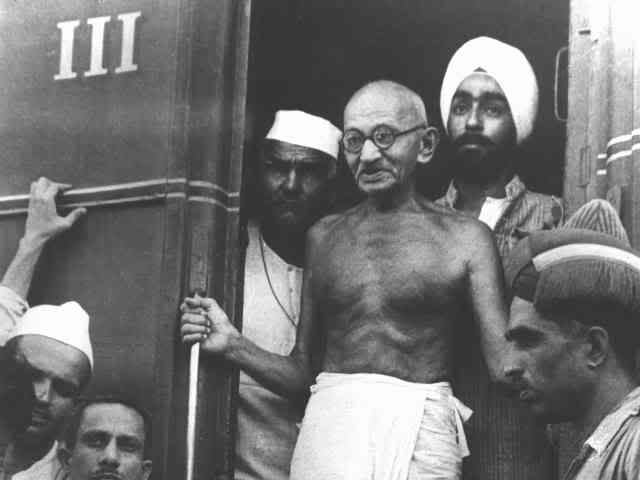 The eyes go naturally to Gandhiji, don’t they? He’s the one we’ve all heard of; his is the face we recognize.

In my family, it’s a little different. That man to Gandhiji’s right? The one wearing what we now call a Gandhi topi? He is Ravi’s great-uncle – Lala Achint Ram.

So when we see this picture (and it’s a famous one, especially in Railway circles) our eyes go straight to him.

It’s interesting to think about, isn’t it? Lala Achint Ram (to go by the stories – I never met him) was a great man in his own right. Strong, principled and courageous, yet tender with children and relaxed in ways most of his generation were not.

“Never disturb a sleeping child” was one of his maxims – that alone was enough to win Ravi’s love forever. He shaped Ravi’s view of life and helped form the committed nation-builder he went on to become. His wife was a Freedom Fighter. His son, Krishan Kant, became the Vice President of India.

But there he is, like the Sardarji (Who is he, by the way? What’s his story? And what about those half-figures in the foreground? Who were they?), just a background figure in a photograph of a very great, very famous man.

Well, not to us. To us, Lala Achint Ram is the main man, the great man here. He is the reason why Ravi’s parents got married. He is the one who inspired Ravi’s interest in India’s development and is still – over 50 years after his death – a touchstone and a source of affirmation.

So that got me thinking about greatness and about how, in real life, for most of us, it’s got more to do with proximity than fame; more to do with what we have seen with our own eyes and experienced in our own lives than with what we’ve read in books or seen on television. Which leads me seamlessly to another photo, in front of another train. 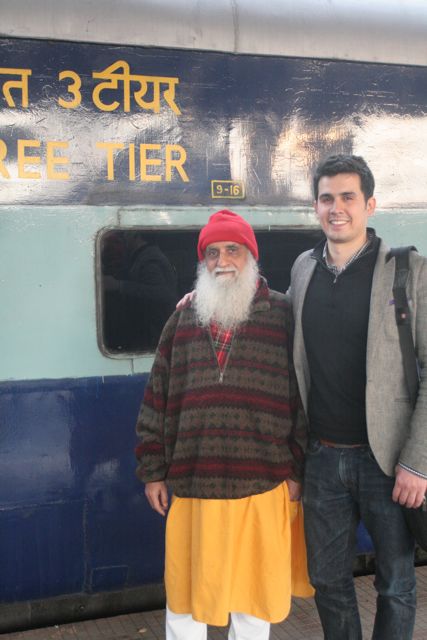 We’ve got blue jeans now and a red cap. And the train they are standing in front of is air-conditioned. One of them is about to jump on that train and ride off into the New World, to set it to rights according to his ideas. The other one will remain here, stubborn and devoted to his own version of the Truth.

But both are beacons in this world for their vison and devotion and their commitment to a path. And neither – I’d put money on this – would disturb a sleeping child.