Manoj passed away this morning. 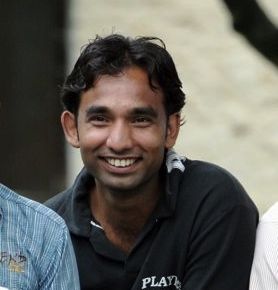 For the past ten days, I kept thinking I should post an update about his condition. I kept holding off, hoping for better news to share.

After our initial despair – Manoj was critically injured in an attempted hit and run -Manoj had seemed, against all odds, to be poised for a recovery. The surgeon was astonished. He had given him only a five percent chance of survival and here this boy was sitting up, signaling and responding to commands.

He was released from the ICU and taken off the ventilator. His brothers and his best friends were ecstatic. You could have lit up a whole city with the lights in their eyes.

Then suddenly, he began to go downhill. Infection after infection. Coughing up blood. Vomiting it. And this morning, the end.

Manoj’s short, graceful life and his painful, horrific death have marked us all. We will never be the same. The precariousness of our time on the earth and the randomness of what happens to us could not have been more graphically illustrated.

But just as vividly, just as beautifully, we have witnessed and experienced the power of love. I am overwhelmed with admiration and respect for the devotion of Manoj’s family and friends, for the steadfast support of his colleagues in the Foundation and for the outpouring of generosity from our dear ones around the world.

No one should ever have to go through what Manoj went through. Yet even a tragedy of this magnitude has its strange and unanticipated rewards. I am so proud to be a part of the Latika Roy Foundation family. Today I witnessed it coming together to honor and support one of its own.

Not with empty words or meaningless gestures, no! This support is concrete and activity-based. Manoj’s wife will take his place. His daughter will be brought up within the Foundation. Our love for Manoj extends to the next generation. Pratiyek anmol. Everyone is precious.

Rest in peace, Manoj. Your daughter, your wife – they are here with us. We will not let them go.