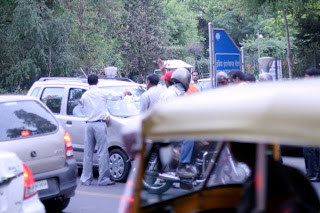 There I was, walking along on Max Mueller Road in front of the India International Center in Delhi, minding my own business, when I heard a terrible screech, a thud and then loud shouts. I actually saw the child on the bicycle hit the ground, though I missed the moment of impact and the preceding events which would allow anyone to assign blame.

The man at the wheel, however, didn’t pause for a moment. He leaped out of his car and strode over to the child, now surrounded by passersby trying to lift him up and carry him to safety, and started shouting at him: “Are you CRAZY? What were you doing?” Not a single question about whether he had been hurt, not a gesture of concern or comfort. No. Straight into accusation and rage.

The crowd reacted as one. His rage was nothing compared to theirs. In a moment, his mood changed from angry combativeness to fear and defensiveness. He rushed back to his car and tried to make a quick escape. 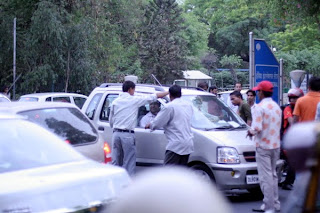 But the crowd was having none of that. They surrounded the car and banged on its sides until he pulled over and got out again. 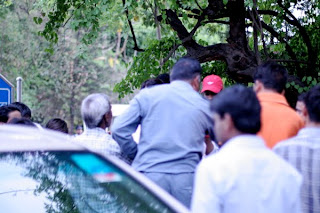 . . .then he was instantly besieged.

He pulled his ears, he argued his case, 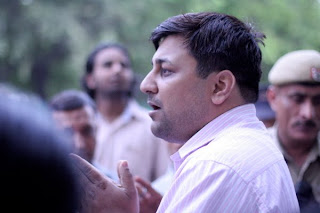 while the child, still dazed, sat on the curb and gazed up in amazement at the chaos swirling around his head: 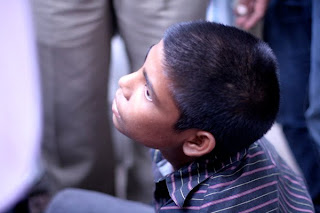 Finally, someone called the police and the errant (or not, who knows?) driver turned to face the stern eyes of the law: 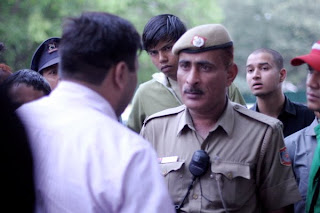 I was down on the ground, talking to the child by now. He had a cut on the side of his head, but he said he was fine. The arrival of “the law” had stunned him into silence, but the crowd was calming down and a second policeman was busy dispersing everyone. 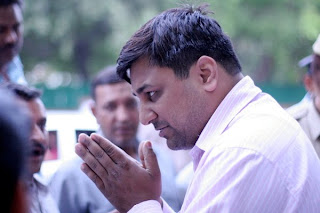 and we all moved on: angry, ashamed, relieved . . .who can put it into any coherent form? The helplessness, the randomness, the uncertainty of being a creature in this crazy, heartless world, where a life can be smashed to the road in a second, like a fly on a wall, like an ant on a footpath.

Heaven help us all.

The Good Shepherd
Take the Knowledge and RUN
English
हिंदी