Sproutflix is a film company that shares short movies and feature length films exclusively about people with developmental disabilities. What a find!

We are used to the way disabled people are treated in the movies: either as brave, angelic, one-dimensional characters – all noble and cloying – or as victims to be pitied and protected. So it’s startling, and a revelation, to watch films like this one, where a disabled woman and a disabled man flirt openly and hilariously in a shelter on a train track. 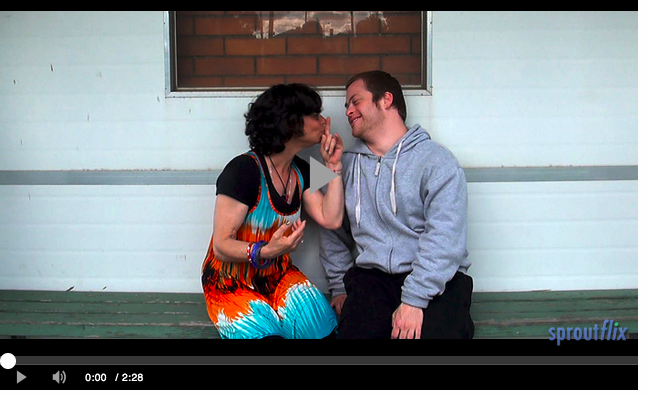 The Sprout site is full of such gems. But it was One Question which bowled me over. The question is simple: “If you could change one thing about yourself, what would it be?” 35 people with developmental disabilities answer it, one after the other, in a beautifully filmed series which goes on deepening as you watch. It’s just 7 and a half minutes long, but it leaves you questioning all the assumptions you have ever made about other people and what makes them tick. 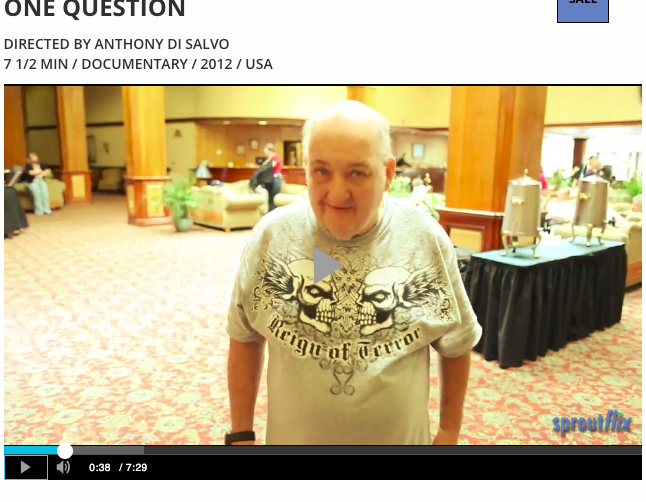 The fact is (I think) that most of the time we actually don’t care what makes anyone else tick. We don’t give them that much credit. We react to what they say based on what we would say and we accept or reject them accordingly. This very short film forces you to stop doing that.

The guy above, for example. He’s wearing a t-shirt that says “Reign of Terror,” for heaven’s sake. Who could take him seriously? Plus he’s disabled. Then he looks straight at the camera, and repeats the question: “What would I change?” Pause for effect. Then he snarls: “My attitude.”

After watching the film, I find I can relate to this too. My attitude. What the hell. It took 35 disabled people to convince me that it’s my attitude that gets in the way every single time. That’s what I need to change.

Stop looking at other people as if they are the problem and start looking at myself. It’s that simple. 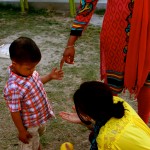 The Subtle Art of Interpretation 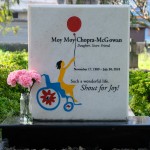