A loved one dying at home is not a small thing. My own culture teaches us that people should die in hospitals (in a study some years ago in America, while 88% responding said they wanted to die at home, 56% actually died in a hospital). Here in India, it’s becoming more the norm too. It takes courage, preparation and faith to insist on handling everything oneself.

That’s what we wanted for Mummy. It’s what she wanted too. And at the age of 100, when you know what you want, you aren’t afraid to say so. She had told me many times in the last few years how ready she was to go. No heroic measures, she said. Nothing invasive. And, she insisted: “I don’t want to be a burden.”

Not wanting to be a burden is at the top of many elderly people’s lists. It’s painful to hear for those who love them. Burden us, we shout: NO PROBLEM!

I added one more thing to the list: No pain while dying.

But India is a difficult country to die in if you want to be comfortable. It is the world’s largest producer of morphine (the drug of choice to manage pain in the dying) but it exports over 90% of it and severely limits its availability here. The law makes it so difficult to obtain that most doctors never even bother to apply for the six licenses which are required to dispense it. Its scarcity means that few doctors know how to administer it; its use is not taught in 80% of the country’s medical schools.

Thank God for The Network. I was able to acquire a small amount from a sympathetic doctor friend – luckily, I know how to give injections – and it made all the difference to our peace of mind. She only needed it at the very end, but knowing it was there if required and that she would not suffer needlessly removed the fear of pain which is almost as bad as pain itself. 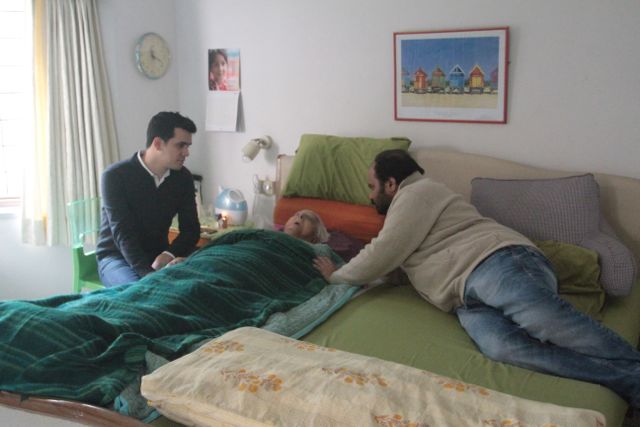 In the last month of her life, Mummy took us by the hand and led us gently into the world of the dying. Slowly, she began to withdraw from the daily life of the house. Where before she had always joined us at the table for meals, she now came out less and less frequently – first having breakfast in bed, then dinner and finally even lunch. She was too tired, she said, and it was too cold.  And anyway, she wasn’t interested in food anymore.

As she ate less and less, her energy declined further. Small ailments became major as her resistance decreased and her weakness grew. I took her to the doctor for treatment and the cure for one problem would simply create another. It was like a house of cards, so fragile had her system become.

Then she began to limit fluids. Even the sight of tea or lemonade made her feel queasy; swallowing a sip of water made her retch. As she went into acute renal failure, I tried helplessly to convince her to drink more. “What will happen if my kidneys shut down?” she asked me. “I’ll die?” I nodded. “That’s what I want,” she whispered. “I’m praying for that every day.” 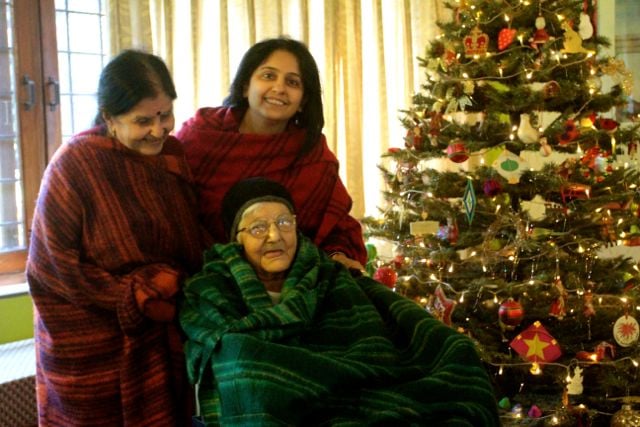 The family began to gather. From all directions – Bhopal, Mumbai, Gurgaon, London, Chicago, Connecticut, Pune – her loved ones arrived. When Mridula, her older daughter, got here, something crazy happened. Mummy – who had been lying still for hours, not responding, not eating – suddenly sat bolt upright and said: “Let’s go!” I thought that she wanted to go to the bathroom (even though she had not passed urine in 36 hours, she still kept asking to be taken. She had a horror of losing control and creating problems for me.)

I got her up with difficulty (she was so weak) and wheeled her to the bathroom. “Why are we here?” she asked. “Let’s go out!” Her granddaughter Manisha suggested that we take her into the living room and so we did. The Christmas tree was still up and we wheeled her in front of it and took photos. She smiled and laughed, even setting the photos up (“You stand behind me,” she told her granddaughter. “It will look better that way.”)

We were thrilled out of proportion. No one could stop laughing. We took picture after picture, sending them to our whole family, almost begging them to confirm what we thought we were seeing: she was FINE. Those who were making plans to come asked if they should cancel their bookings – maybe the crisis was over? Maybe we had panicked unnecessarily? Maybe she wasn’t dying?

It’s called the “Euphoria of the Dying” and it’s a recognized phenomenon. A sudden burst of energy, an unexpected surge of interest and vitality – it typically takes the family totally by surprise and changes the atmosphere of the home completely. My friend Linda, who is a hospice nurse with years of experience and wisdom learned from the dying, told me she had seen it happen a few times, though not usually as remarkably as what I described. She told us to make the most of it – enjoy it while we could, because such moments were both rare and precious. 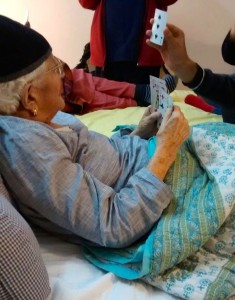 A few minutes after the photo shoot, Mummy said she was tired again and wanted to lie down. She sank then into a deep sleep that lasted for several hours. But she woke with another burst of energy – this time she got up and said she would like to play cards.

She had always been a card shark, using the game to amuse herself, teach her students numbers and – I found out only yesterday from a young woman who had stayed with us some years ago – as a means of communicating with guests who couldn’t speak Hindi.

But she was also fiercely competitive.

It was a game to remember. She was alert and attentive, checking the accuracy of the shuffle and the cut, complaining about the dealer and prodding the others to play quickly, as if she was on the clock. She had eyes only for the game.  When one visitor said goodnight, she waved him away impatiently. Mistaking him for one of the players, she turned to me urgently and said “Can you take his place?”

Her intensity and focus took that game to an entirely different level. Those who were playing kept their wits about them and simply played. Those of us who were watching from the sidelines could only marvel at her passion, delight and excitement. It was a fiesta. Everyone was laughing out loud in wonder and amazement. 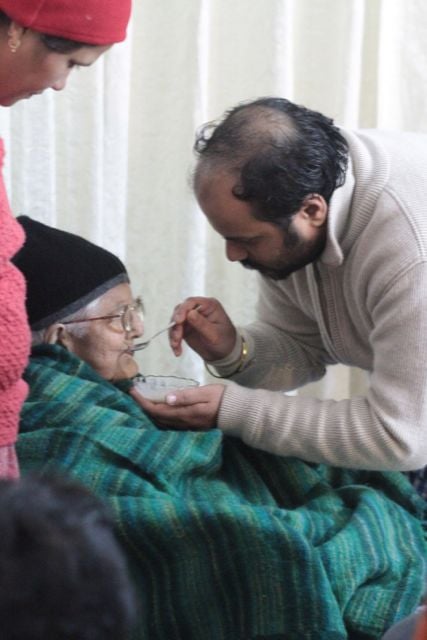 And then again it was over.

She had a few more moments of lucidity – asking Arayaman to feed her some kheer, smiling in recognition when Anand arrived from London, squeezing Cathleen’s hand in welcome when she arrived from Chicago and finally taking her last breath 90 minutes after Nutan arrived from Connecticut.

But today, looking back at the past six weeks of her dying days, what we all remember are those brief, intense moments of joy and excitement when she seemed to come back to life – more vital, more vivid, more alive than ever.

It was, I believe, her parting gift to us. Yes, there was pain and discomfort and a few lingering anxieties. But the overwhelming memory we all get to keep (and we’ve already told the story dozens of times to friends, relatives and neighbors) is the playful, merry, carefree way she asked to take one last tour of the house, posed for a round of photos, ordered a hand of cards to be dealt, and demanded a bowl of kheer.

Who can cry at her departure when she had so much fun while going? 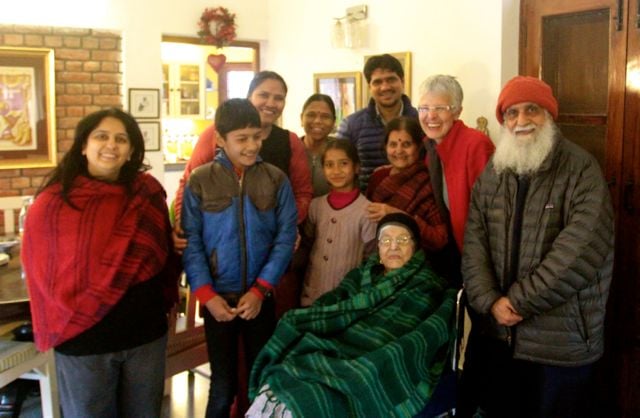 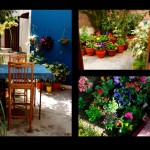 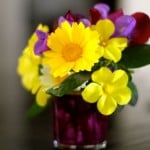 The Best Thing I Ever Did
English
हिंदी