I spent a fair amount of time cleaning the ceiling fans in my kitchen today.

Two fans in one kitchen is a bit of a luxury, I’ll admit. But when we built our house, one fan cost 800 rupees and I thought – HELL! We can do that!

Keeping both fans clean over the years, however, has been a challenge. Ours is a partly-typical Indian kitchen. We make pooris occasionally. Pakoras every now and then. More oil in the air than should be there, basically. And, like most people, we live on a street. Dust and grit wafts in through the windows. It clings to the oil and it lodges on our fans.

So every now and then, cleaning them becomes a necessity.

Today, I pulled out the step-ladder and sprayed the blades with Mr Muscle. While I waited for it to take effect, unbidden, I found myself thinking about Mr Tarun Tejpal.

Like a ceiling fan, he seemed at one time like a breath of fresh air, a voice of cool sanity in a very hot and ugly wilderness. He blew whistles. He named names. He made us feel that justice was possible, that the law could be enforced, that the dream this nation was founded upon could be realized.

But also like a ceiling fan, Tarun Tejpal spun through the air unchallenged, gathering grime and dust and filth yet still doing his job, still bringing relief from the heat of corruption and scandal. It wasn’t until winter set in and someone switched the thing off that anyone realized that he was – in fact – disgusting.

Fans are like that too. We can hardly believe how filthy they are when we finally stop using them in October or November. How did we not notice?

And when we start scrubbing, the process is actually painful. The dirt drops off in curls. It’s shocking how much of it there is.

On top of the step ladder this afternoon, I thought I was doing a good job. The blades of the fan were white and sparkling. But a chance peek on their uppersides – the sides which face the ceiling and which no one ever looks at – made me realize that in fact the job was only half done. Looked at from below, they were gleaming and fresh. But in fact, they were still absolutely filthy.

Like so many of our seemingly happy, orderly homes where child abuse and domestic violence goes unchallenged day after day after brutal day. Like almost every office, where sexual harassment is so common a part of the working life we never even speak about it. Child prostitution, date rape, eve-teasing, ogling, lewd remarks. It all adds up.

What I finally did with those kitchen fans was to dismantle them entirely. I had to get a good strong screw-driver and take the blades off their moorings and soak them in hot water and soap. They needed a radical approach. They needed to be restored to their original selves – the selves they were before the filth and the grime of this world attached themselves to their essence.

Tarun Tejpal started out good. No, he started out great. He burst into our world like a shooting star and he wanted to do something amazing. Let’s not forget that in our desire to line up against his astonishing, appalling fall from grace.

Ceiling fans are everywhere. In every room there is at least one. They will always need to be cleaned. Dust, dirt, pakora frying. It’s everywhere. Original sin, human nature (call it what you will) is tricky. We need to be constantly vigilant. We cannot allow demi-gods to arise. We cannot forget that constantly beating fans are gathering filth as we relax beneath them, that human beings are flawed and that we have a responsibility to speak up when we know things are wrong.

Tarun Tejpal did not emerge out of nowhere. We watched him grow before our eyes. We neglected the spring cleaning. We did not question his meteoric rise and now we share in his tragic fall. 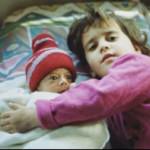