“When you’re blind, you just can’t assume anything,” he said. “But the problem is you get a picture in your mind, and if you get it wrong, you just live inside the mistake.”

I wrote a post a few weeks ago about how sometimes we make assumptions which we don’t even realize we’ve made and how they can lead us into perplexing and often hilarious situations.

On Friday, after one of the most hectic work weeks I’ve ever had, I had to take the night train to Delhi to give a talk there the next morning. One major thing was left undone – a huge proposal still had to be sent and the deadline was Saturday. I was fine checking the narrative and the log frame, but there were two excel sheets for the budget and the implementation plan and I haven’t mastered that damn program yet. 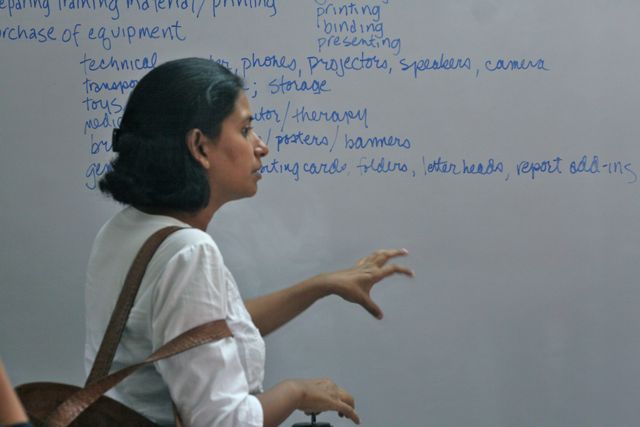 I was fretting about this with Shubha and said: “Oh, no worries! Devika is also on the night train!” 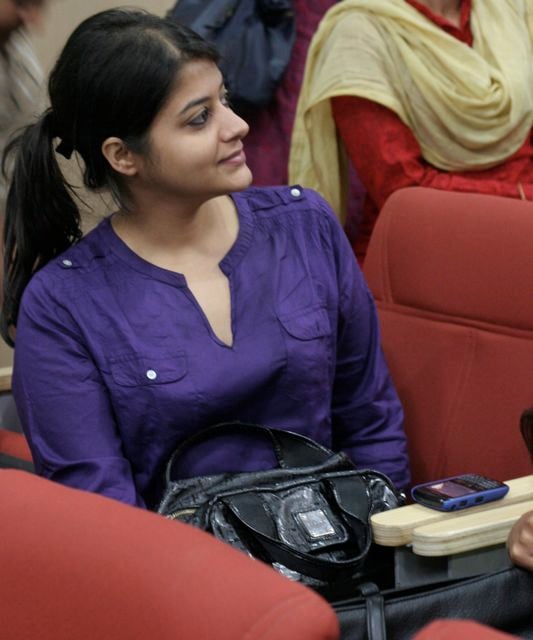 Devika is our recently-hired Girl Wonder. Spreadsheets and organograms pose no problem whatever to her and she knew the proposal inside out, having worked with us on it for the last few weeks. I relaxed immediately.

As it happened, however, we were both wait-listed. I was #1 and she was #2 so we were pretty sure we’d get seats, but neither of us knew which coach or berth since that would only be decided once the tickets were confirmed. We agreed to keep in touch through text messages and to meet once we had our assigned seats.

My ticket was confirmed online well before I left for the station.

Devika: Not yet. Chart still not prepared.

Strange, I thought. I just saw the prepared chart online.

Once on the train, I texted her again: “Are you sorted?”

Devika: “Mine is stuck at RAC 43. I think this will get confirmed. See you in the train.”

At 9:30, after the train started moving and the ticket collector had checked me off his list, I texted her again: “Have you got a seat? Worse comes to worst, you can come to my compartment and we will figure something out. Jugad!”

Devika is young enough to be my daughter and I couldn’t help feeling protective. Plus there were those excel sheets . . .

Devika: “Nope. No seat till I get to the station. But at least with this, I can board. I’ll work it out. I’ve been in this situation before. See you soon.”

Till I get to the station? Honey, this train is moving! Must have been a delay in SMS transmission, I assumed.

Around 11 PM, I got another message: “Have you arrived yet?”

Now I was certain there were transmission delays. I texted back: “I think we are missing each other’s texts. JUST got your “Have you arrived yet?” HAHAHA!”

A few minutes later, she texted again: “Coming to H 1/A.”

I waited as patiently as possible. I had been working on the proposal for some time but really needed her help now. It was after 11 and I still had to complete my notes for tomorrow’s speech as well. The other people in my compartment had all switched off their lights and I was being that Ugly Passenger whose phone kept beeping and who insisted on bashing on regardless while everyone else wanted to sleep.

Then my phone rang. Embarrassed, I leaped up off my berth, scattering sketch pens in all directions, and hastened into the hall. It was Devika, of course. “I’m in H 1”, she said. “Where are you?”

We were both laughing now at the absurdity of being on the same train, WITH cell phones, and not being able to locate each other. “Yes,” I said emphatically. “I am definitely in AC 1st.”

My phone rang again instantly. “JO!!!!” I could hardly make out her voice, she was laughing so hard. “WHICH TRAIN ARE YOU ON????”

Living inside the mistake. Never assume. It makes an ASS out of U and ME.