Why It’s Important for Children to Do Household Chores

When I was a child, I had regular chores. Thursday was cleaning day and all of us (we were seven kids) had rotating assignments. One week I would scrub the two bathrooms (tub, sink, toilet and floors); the next I would sweep and wash three flights of stairs. Drying the dishes was a nightly task, shared by the three oldest, while folding laundry even the little ones could do.

My parents, dealing as they were with a busy and chaotic household (we had three grandparents living with us too) were probably thinking more of sharing the load than of helping us to develop responsibility, a sense of teamwork and executive function skills, but in fact, that’s exactly what they were doing.

In a quick survey of my friends here in India, however, almost none of their children had serious regular chores. Most parents mentioned things like running the odd errand, opening the door for guests, taking messages and occasionally setting the table. Many listed asking children to put their own things away or pack their own school bags, but in chore-land, doing your own tasks doesn’t count. It’s like expecting credit for taking a bath or eating dinner.

In fact, when it comes to chores, middle- and upper-class Indian children miss out. With domestic workers a standard feature in most families, the idea of children contributing to the smooth functioning of their own homes seldom arises. Most parents haven’t actually thought about it because routine household duties are done as if by magic by staff whom we all take for granted. Those who have given it some consideration may believe they are saving their kids valuable time for studies or more interesting pursuits.

Finishing a task – not because it is interesting or because one is inspired but simply because it needs to be done – speaks to the essence of what it means to be an adult. You want people around you who are dependable, who finish what they start, who understand the importance of the daily routine, the boring humdrum. These are the people who actually build cities, run the trains and keep the world moving. These are the people who learned at an early age how important it is to do a job well and who have the tenacity to stick it out till the end.

Chores do other things for children’s developing brains: they help them learn to plan, to measure, to function as part of a team and to critically review their work. As they get older and their chores increase in complexity, they learn to anticipate challenges and prepare accordingly (finding a ladder when they have to clean the fans; wearing protective clothing and gloves if dealing with poison ivy in the garden). And perhaps most important, they allow children to contribute meaningfully to their family.

Obviously, when they are small they will actually be more of a hindrance than a help (my mother used to joke that when we “helped” it only took twice as long), but in an amazingly short time, even very young children can become competent at a wide range of household tasks.

The understanding that everyone has a part to play and that there are no free rides in life will stand children in good stead as they grow up and take their place in the world of adults. We have enough freeloaders as it is – people who think the world owes them something and they can coast through life without ever having to make a contribution. Giving kids chores right from the beginning will help them become good citizens who will be proud to pay their taxes and ashamed to do less than a full day’s work. 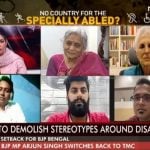 No country for the disabled? Activists share their views 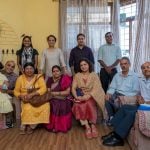