I was standing near the office at Latika Vihar a few days ago when a young couple walked through the gate with their little boy. Even from a distance, I could see that he had some issues. The parents looked nervous and worried. I greeted them warmly as they neared where I was standing and they told me they wanted to enrol their son.

I invited them in to the office for the formalities and, as they turned to go there, I suggested that they leave the little boy with us. “He can play while you fill out the form,” I said.

They looked alarmed. “He’ll stay with us,” the Mom said.

But while the parents sat diligently in the office, discussing the centre’s hours and programs, Little Boy was desperate to join the fun. The tighter his mother held him, the harder he tried to escape. Finally, I went to her again and gently suggested that she let him play with the other kids.

Finally she gave in and set him free.

Instantly, he raced over to the first child he saw and bonked her on the head, just as Mom had predicted. But before Mom could swoop in for the save, Hema was already there. (How did she see trouble brewing? I have no idea. 6th sense.) 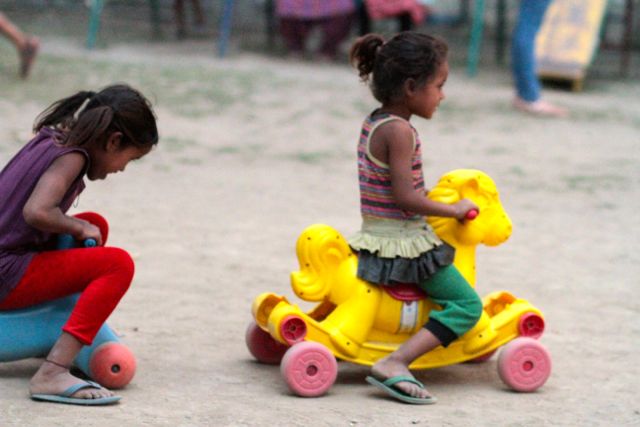 No big deal. That’s what we do.

Hema diverted Little Boy and he was immediately on to the next challenge. He darted from one child to the next, intent on a “whack and steal” approach. He wanted whatever toy anyone else was playing with and he wasn’t shy about seizing it. His parents could hardly attend to the form they were filling out, so anxious were they about what he might be doing. But as Hema anticipated his every move, shielding the other children while following Little Boy’s lead, they seemed to relax a little. Finally he spotted a swing on the other side of the playground and made a beeline to it. Along the way, he had to run across the badminton field whose net was just low enough that he had to duck his head to go under it.

Hema settled him in the swing with another child and left him there in the care of another staff member. Then she came running back across the yard calling out to her fellow teachers: “Did you see him? SO CUTE! And did you see how he ducked his head going under the net? SO SMART!” 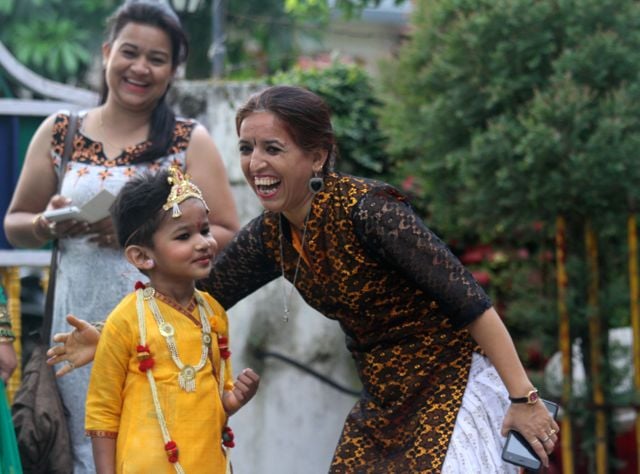 Would it matter if we told them that Hema – and all our staff – feel that way about each and every child? That we love them to bits? That we see each one of them walk through the gate with a rush of emotion and pride; of curiosity and anticipation: Just what are they going to do next?

And when, inevitably, one of them does something unacceptable (because they all do, every day, just like us) we accept it as a little diversion on the road. We gently steer the child back to where she meant to be and we ignore the slip-up. Because, and this is the magic of Latika Vihar in a nutshell: WHAT YOU PAY ATTENTION TO, YOU GET MORE OF.

Write it down, parents. It’s true.

Do you want a whiny, irritating kid? Give him lots of attention when he misbehaves and ignore him when he’s good. Or perhaps you’d rather have a cheerful, helpful child? Then follow Hema’s lead. Notice your child when she’s doing something good. Catch him doing something right. We are so quick to pounce on all our kids’ mistakes. We love to correct them, to point out their failings, and scold and lecture them when they stray. This is strange. I mean: Don’t we hate it when people do that to us? Does it ever work? No. It doesn’t.

The magic of Latika Vihar is acceptance. We simply take kids as they are and expect them to be even more amazing. There are 3 rules: 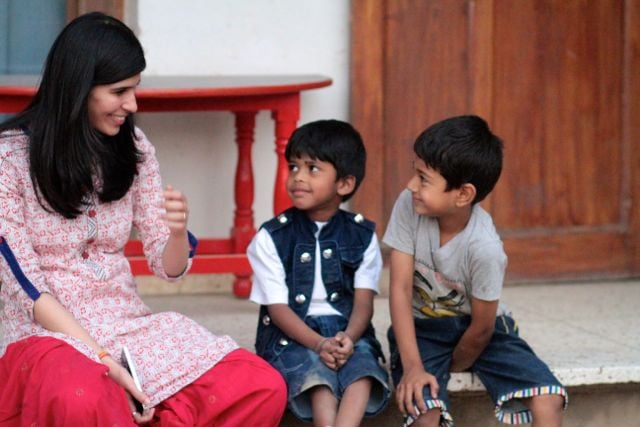 It’s all in there. Hema knows it and she knows how to make it happen. So do you. Come to Latika Vihar and remind yourself of how smart you are. 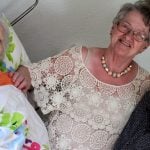 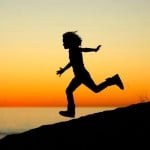