I used to think inclusion was about kids with disabilities getting into mainstream schools, full employment for handicapped adults, wheelchair friendly buildings and accessible transport for all. Now when I think about inclusion and about diversity, I think of the “keystone species” theory. 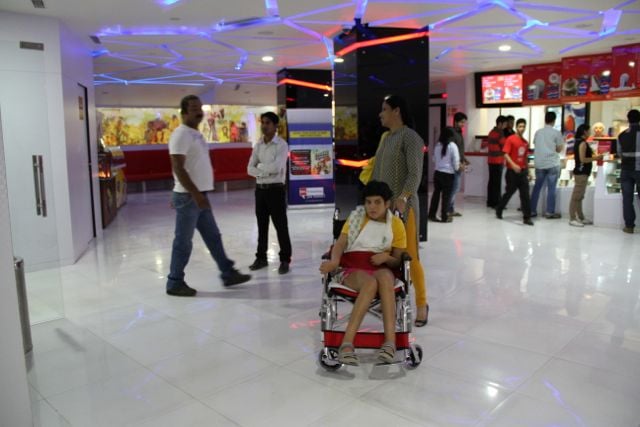 A keystone species is one whose presence is crucial to a particular ecosystem and whose destruction can damage it irreparably. Keystone species are seldom the ones we think of. Lions, tigers and elephants are not on the list. Keystoners are more likely to be the spotted owl, the brine shrimp, the snail darter or the humble lichen. The kind of creatures you don’t notice until they’re gone.

The lichen, for example, is a colonizing organism which can revitalize soil devastated by volcanic ash, fix its own nitrogen and even disintegrate rocks. It may seem dispensable – it’s only a fungus, after all. But without it, the ecosystem of the Arctic region would suffer cataclysmically and the entire planet would be affected.

We share the world with a staggering array of life forms, each important in its own way. Saying we are all interconnected is not a platitude, it is a fact. While inclusion has been packaged as the path of virtue, it is really just plain common sense – even self-interest.

We exclude at our peril.

But this utilitarian view of inclusion is a narrow and limited one. Beyond it is yet another: one which revels in the diversity and sheer variety the universe contains and celebrates life for its own sake, not for what it does for us.

It’s a wonderful world, unpredictable and full of surprising twists and turns.

Intellectual capacity, physical independence, sight and hearing are not the beginning and the end. For each so-called “impairment” new skills develop; new ways of being in the world emerge.

And the keystone species theory, while fun for the way it turns accepted wisdom on its head, is actually just another more sophisticated form of exclusion: what about the poor old lion, now that the spotted owl is lord of the jungle?

People with disabilities enrich our lives in ways we cannot begin to fathom and those of us lucky enough to be ecologists in this particular ecosystem can make grateful lists of rocks they have disintegrated and nitrogen they have created from thin air.

But that’s a bonus. Like the rest of us, they’re here because they’re here. There is no need for them to justify their existence. For just as “every cubic inch of space is a miracle”, so every single species is a keystone species.

Today, when I speak of inclusion, I mean it in the most spacious sense – the universe and all it contains: people, animals, poetry, song, lichens, spotted owls, snail darters. We are richer than we know, we are more complete than we realize.  When we wake up and really see it? Wealth abounding.

Now you have my blessing, go your way . . .
The Perfect Daughter