“Whether we and our politicians know it or not, Nature is party to all our deals and decisions, and she has more votes, a longer memory, and a sterner sense of justice than we do.”      Wendell Berry 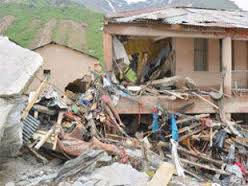 We’d like to believe it isn’t true. We’d like to go on thinking we can do as we please and that technology will sort out the problems: Recycle all that stuff you bought but didn’t really need. Sign up for reducing your carbon footprint when you take your 15th flight of the year for yet another urgent meeting or longed-for vacation. Turn off the AC as you leave the room, even though it means it won’t be icy cold when you return.

The recent natural disaster in Uttarakhand (in the Indian Himalayas)  has made it glaringly obvious how ridiculous and pointless these little gestures really are.

But wait. You haven’t heard of the recent disaster, have you?

It was big news a month ago, when it was fresh and sizzling and there were lots of grisly photos to share, but even then, coverage was mainly limited to North India. Even then, most people in Europe and North American had no idea of what was going on. Many right here in India didn’t grasp the enormity of the catastrophe.

Yet the floods that ravaged Uttarakhand on June 15 and 16th killed tens of thousands of people, destroyed thousands of homes, swept away countless thousands of animals and changed a mountain state’s geography forever. 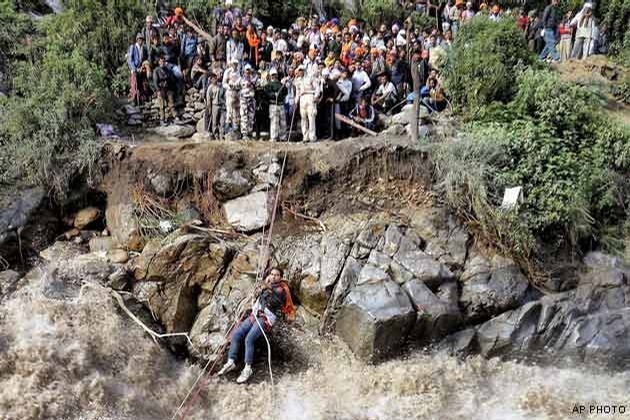 Build more roads. Construct more hotels. Make the state safe and comfortable for tourists and pilgrims. To hell with the people who live here. To hell with safe, sound development policies. We are here for the quick buck, the easy answer, the shortcut home.

Uttarakhand’s politicians are known for their rapacious greed and their callous disregard for human suffering. No one trusts them. The Prime Minister’s Office has assigned staff to come here to monitor the crisis. The World Bank is just one of the major funders who has placed its own teams here on the ground to supervise the work being done. It is a pathetic display of just how little faith anyone places in them.

Yet our lives are in their hands.

The most recent catastrophe in our state has proven beyond a shadow of a doubt the hollowness of the Uttarakhand development master plan. Damming its rivers to provide cheap hydropower, blasting its hills to build tunnels and felling its forests to widen roads is not a sign of progress but a symptom of insanity. When we let them get away with it – by our support or by our silence – we acquiesce in our own destruction.

This is our future they are playing with. For their own gains, for their own shabby ends, our so-called elected leaders are bartering the natural resources of this beautiful, fragile state.

We cannot allow it to happen. Not on our watch. To protect our children, to safeguard our future, we must stand together and say no.