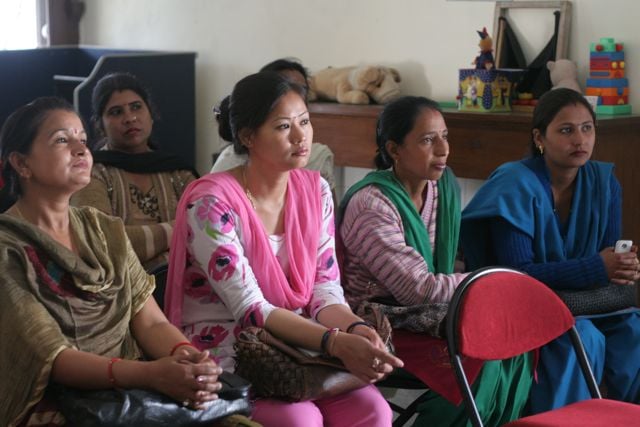 Accredited Social Health Activists (ASHAs) are women selected by their own community to be trained and supported to function in their villages to improve the community’s general health. There is approximately one ASHA per thousand people in the rural areas. In the usual cascade-training approach the government employs, there is another group called ASHA facilitators – these are senior, more experienced women who mentor, guide and counsel individual ASHAs. Each facilitator is responsible for 20 ASHAs, for a population of about 20,000.

Through the Sight Savers funded Gubbara follow up project, 18 ASHA facilitators from Vikasnagar, Doiwala, Raipur, and Sahaspur blocks of Dehradun district have been chosen after careful deliberation with the state ASHA Resource Centre and the block program managers.

These facilitators are now being intensively trained as master trainers on how to identify kids with special needs. It’s not enough just to be able to identify kids themselves, however! These trainers need to learn how to train effectively and creatively: we want them to get out there and INSPIRE the ASHAs in their posses. We need them to catch the passion, to feel the urgency and to be able to convey it to others. 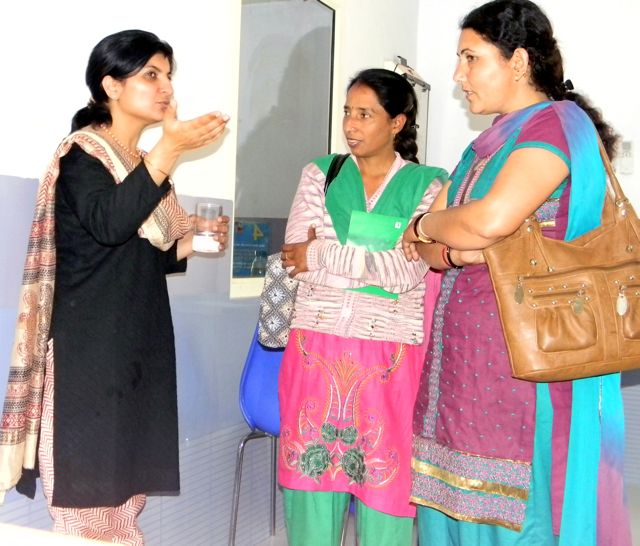 Two of the challenges of working with ASHAs?

Our trainings are a four part series and each session builds on the last. So it’s vital that the same women attend all four trainings. But at our most recent one – the second – many women were there for the first time.

And though we had given plenty of notice, most had been told about the training only a day or two in advance.

I’m not blaming their supervisors. They’re under tremendous pressure. We aren’t the only ones wanting to train their staff. There’s the polio campaign, the safe birth initiative, the immunization team, the breastfeeding promotion, the AIDS prevention effort – it’s endless.

But we really, really need to figure it out. Because ASHAs are like farmers. Both are absolutely essential for the development and survival of the country, but we forget them except when we need them.

And the group we trained this week? According to them, if they aren’t all sent for the next session, “They’re going to have to lathi charge us. We’re all coming back!”