Last night, a dear friend told me about her mother-in-law’s desperate sadness at her increasing frailties. 87, mind sharp and focused, her body nonetheless betrays her. She cannot sleep at night as she fears losing control of her bladder; she now refuses to go out during the day as she can’t be sure of the proximity of a bathroom nor her ability to hold on.

As it happened, the same thing was playing out in our house. Different issues, different frailties, same exact stakes. Mummy’s fall jolted us into realizing that in spite of her astonishing spirit, in spite of her discipline and her own punishing daily routine, she is, after all, 95. She’s fragile. She could fall again, any day, and she might not be so lucky the next time. We have decided to engage  a home helper, someone who will live in, and Mummy sees her independence disappearing in front of her eyes.

Old age comes for anyone who lives long enough. And independence is a myth. 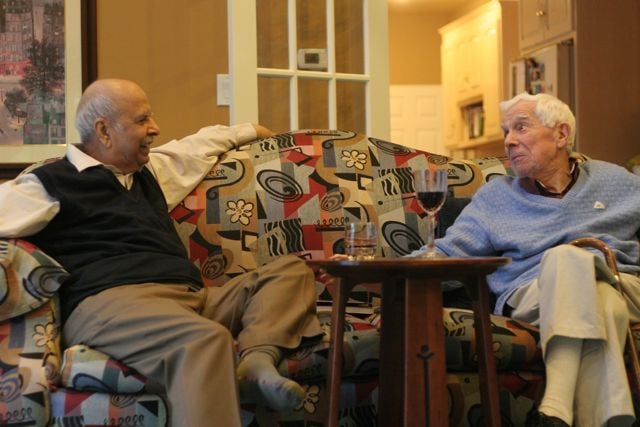 I’m not sure (I’m still a sprightly, ignorant 54!) but I think it helps to start acknowledging our dependence on each other right now, while it still seems like an act of will.

Speaking for myself, I am all too aware of how UN-self-reliant I am, of how much my coming and going depends upon the good will, hard work and sheer presence of others. I rely upon people with skills I don’t possess or time I don’t have to spare. I can’t grow food, I can’t produce electricity, I have no idea how to build a house, remove an appendix or play an instrument. Hold a gun to my head and I still won’t be able to make a pair of shoes, stitch a dress or install a toilet. My entire life is held together, enriched, repaired and made possible by other people.

So is yours. So is everyone’s. And what someone is doing for me, I am doing for someone else. That’s how it works. 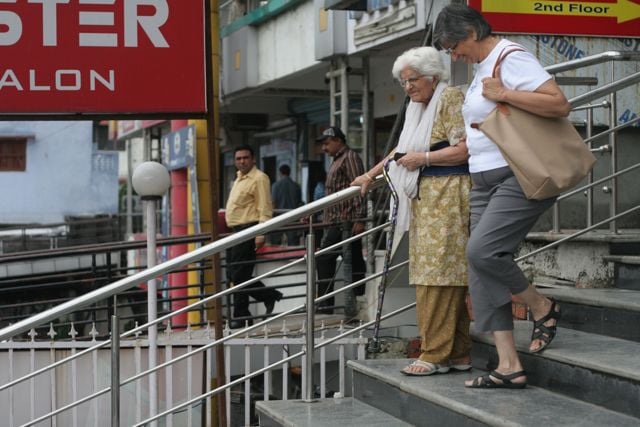 Right now it’s my generation’s turn to pick up the slack, to support the elders in our lives and to make them as safe and as comfortable as we can. They did it in their turn and our children will do it too (God willing and the creek don’t rise).

This time will come to us all and its arrival will be a grief and a reckoning. We yearn to continue with the illusion of independence; we cannot bear to confront the reality of vulnerability and weakness. Our elders have been so strong for so many years, they have borne the difficulties and burdens of other peoples’ lives for so long they don’t recognize themselves in the physical shells they are hauling along, almost against their wills.

We do no one any favour ~ least of all ourselves ~ by complaining about it, by bemoaning our fate, by wishing loudly and often that it were otherwise. It isn’t. it won’t be. It cannot.

As Cavafy says in the poem below, “Don’t mourn uselessly, . . . don’t degrade yourself with empty hopes.” We will all come to this time. This is our fate, this is what it means to be human.

When suddenly at midnight you hear
an invisible procession going by
with exquisite music, voices,
don’t mourn your luck that’s failing now,
work gone wrong, your plans
all proving deceptive – don’t mourn them uselessly.
As one long prepared and full of courage,
say goodbye to her, the Alexandria that is leaving.
Above all, don’t fool yourself, don’t say
it was a dream, your ears deceived you:
don’t degrade yourself with empty hopes like these.
As one long prepared, and full of courage,
as is right for you who were given this kind of city,
go firmly to the window
and listen with deep emotion,
but not with the whining, the pleas of the coward;
listen- your final pleasure – to the voices,
to the exquisite music of that strange procession,
and say goodbye to her, to the Alexandria you are losing.
~ C P Cavafy

Prepare now so as to have courage then. We were given this life, but not forever.