Here’s what we believe: if you plan for the most vulnerable, the world works better for everyone. Organize a busy street so a deaf child with a physical disability can cross it safely and suddenly you’ve got a street safe enough for an elderly person who moves slowly or a pregnant woman with a heavy briefcase or a harried father with three small kids in tow.

That’s how it works. Plan for the most vulnerable. Watch the fun.

Through the amazing Keshav Desiraju, Special Health Secretary, Government of India, I met this remarkable man yesterday who is doing just that, in the most remarkable way. My mind has been buzzing ever since. 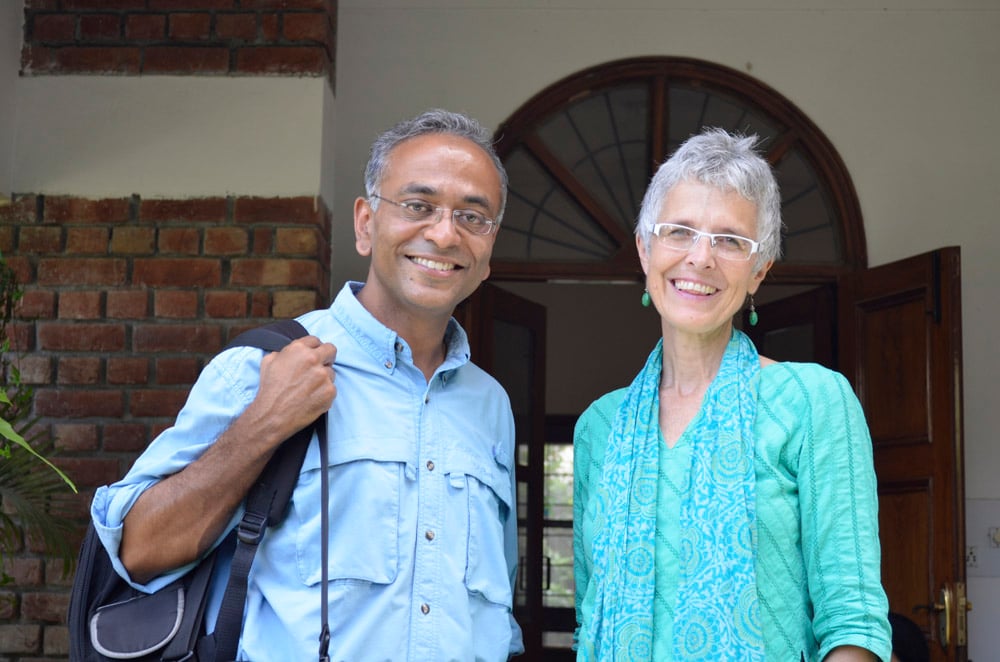 Pawan Sinha is a neuroscientist at MIT. His special interest is visual learning and how the brain recognizes what it sees.  So many scientists, particularly the kind who end up at the MITs and IITs of this world, stay within their laboratories and study their data. And God bless them. They make important discoveries and some of them even change the way we live.

But Pawan Sinha isn’t one of those. Back in 2003, his passionate scientific brain ran into an equally passionate heart (his own) and his life was turned around. Visiting family in New Delhi,  a four year old blind child approached his car to beg. “I’m not an ophthalmologist,” he told me yesterday, “but even I could tell that she had cataracts. They were operable.  Her blindness could have been cured.” 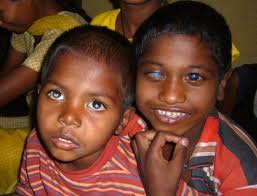 But here’s what makes him remarkable. He didn’t just run off and start raising money to operate on every kid with curable blindness he could find. He thought about his training and he thought about what he was good at and he came up with an idea so breathtakingly simple and ingenious it makes everyone who hears it wonder – “Why didn’t I think of that?”

Pawan knew that if he went looking for funding for individual children’s surgeries, it would be a long and tedious process, a process which would have to appeal to humanitarian generosity, one child at a time. So he went at it from the other side, the side he was familiar with and very good at.

“I know how to write scientific grants,” he explained to me. “I have no idea how to fund raise for a cause.”

So why make it a cause? he thought. Why not make it a scientific research proposal?

Here’s the thing: One of the major challenges in neuroscience is to understand how the human brain learns to perceive objects. Most research focuses on infants because they exist as a group of people with dawning visual awareness all over the world. But research involving infants has obvious limitations. They can’t tell you what they are seeing, just for starters.

Pawan realized that children with surgically corrected vision – children who had never seen but now could – would be a goldmine for the kind of research he was already engaged in. He wrote a grant proposal for the National Institutes of Health (NIH) requesting funds to provide state-of-the-art surgeries for children in India with curable blindness as a prequel to a research study on how children learn to see.

Plan for the most vulnerable and the world works better for everyone.

He got the grant. “My respect for the NIH – already enormous – increased immeasurably,” he said. “They knew that the bulk of this grant would go toward corrective surgeries for children in India. But they also understood and appreciated the research implications of those operations.”

The Prakash initiative is beginning to create a remarkable population of children across a wide age-range who are just setting out on the enterprise of learning how to see. We have begun following the development of visual skills in these unique children to gain insights into fundamental questions regarding object learning and brain plasticity. A particular strength of this approach is that it affords us an opportunity to continuously follow the development of visual skills and associated neural markers from before the sight restoration treatment to after.

Now Pawan wants to take it to a whole new level. He wants to establish – right here in Uttarakhand! – a centre of excellence for kids with curable blindness. That means a hospital where the surgeries can be performed, a school where the children can be brought up to speed before their return to their communities and a research centre which will study and make sense of the whole process.

For the individual children and their families, of course, the main thing will be the surgery and their entry into the mainstream – school, employment, life itself! For Pawan and his colleagues, the entry will be into the world of visual learning and the implications that holds not only for fundamental questions regarding object learning and brain plasticity but also for long-held beliefs about the brain’s ability to acquire complex visual skills even after several years of congenital blindness.

This is huge. The National Institutes of Health is on board. Health Department officials here in India are intrigued and excited. The possibilities are enormous.

But let’s be clear. All this happened because someone thought about planning for the most vulnerable.

Pawan told me he needs to raise 20 million dollars to make his dream come true and I told him that was petty cash.

He agreed. In fact, he said, he had given a presentation at NIH recently and he stayed at the nearby Hyatt Regency Hotel when he did. In the lobby, he happened to notice a sign saying: “We hope you enjoy your experience in our newly renovated lobby. It has been redesigned at a cost of 17 million dollars.”

A lobby for 17 million. A new life for thousands of kids and a glimpse into path-breaking new research which might benefit untold millions?

You do the math.

A Primer for Standing Up and Saying No
A Valiant Woman