When I was expecting my children, I saw pregnant women everywhere. It felt like an epidemic – where had they all been hiding till now?

Later, while breastfeeding, I would spot other women in parks and malls and church services. Discreet or not, it was always easy. I knew what they were doing. There is this curve of the arm; there is that tilt of the head.

When my parents and my in-laws grew old and frail and my every excursion with any of them had become an exercise in vigilance, caution and patience, everywhere I looked, I saw other middle-aged people hovering alertly, shepherding their elders.

So I’m not surprised that I see people with disability everywhere. When I was pregnant, that baby blossoming inside me filled my mind so completely, it was natural that I would notice others in the same amazing situation. When I was nursing – my GOD, what a miracle! – coud I fail to see other women doing the same astonishing thing? And when the tables turned and I – the daughter – became the parent, was it possible that I would not notice others making the same shocking transition?

We see what is meaningful to us. We notice what our own lives call to our attention. Disability is a central force in my life. Obviously I will notice the kid with Down Syndrome, the adult with the autistic traits, the teenager who’s taking a bit longer than usual to get it.

But even though I know this, even though I understand how football players are not particularly aware of violinists and daredevil teens don’t give a passing glance to law abiding grownups and five year olds see only five year olds, it still shocks me when people are surprised by disability statistics.

“REALLY???” they say incredulously, when I tell them the World Health Organization says 15% of the population has special needs. “Where are they all? I never see them.”

Just last night, in fact, getting off the train, walking down the platform behind a family of four. The father had the big bags and one little girl in tow. The mother had a small bag because she had charge of the other child who looked like a twin and who had the distinctive CP gait. Just a little touch of cerebral palsy, the left side, and her hand curved in that special way kids with CP have.

One of ours! I said to myself, in that now familiar fellow feeling I always get when I see someone who is struggling.

One of ours. And there’s another! Imagine this guy – spotted on the same railway platform in Old Delhi station: a coolie with one arm. At first I thought I was seeing things. How could a one-armed man choose being a coolie as a career? But there he was, no mistake. The red kurta had one empty sleeve and the man wearing it had a partner: a guy who helped him hoist the bag on to his head. I didn’t see the end of the transaction, but I’ll bet there was someone else at the destination point who helped him lower it down too.

(Disability can have that effect. It brings us out of ourselves. Makes us notice other people and what they might need.)

I see them everywhere. They are perched on scooters, they are darting through traffic, they are walking bravely down the side of the Delhi-Dehradun highway, using a stick as a pole-vault. They are sitting  in restaurants and in waiting rooms,  they are standing in line on three-wheelers at the petrol pump. 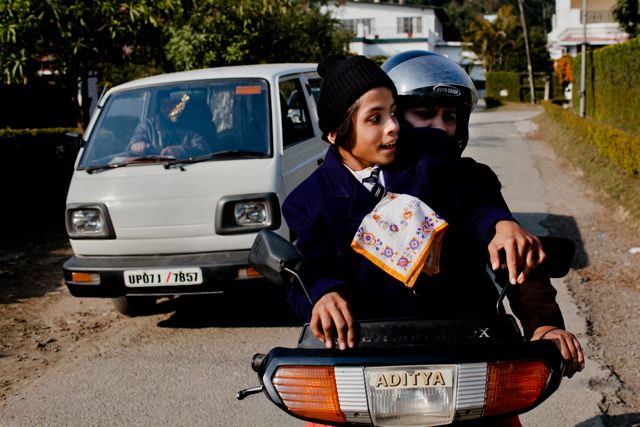 There’s that child, the one you saw, perhaps, out of the corner of your eye on the way to work this morning. He’s unsteady, unsure, about to fall again, but oh! He is still so determined: 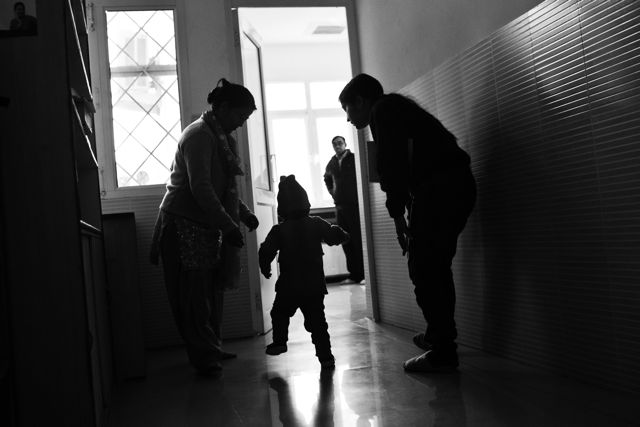 They are everywhere. My heart goes out to them because they are ours, but even more so because they are OURS. Part of the human family. Struggling, searching, achieving, moving forward, gazing up. 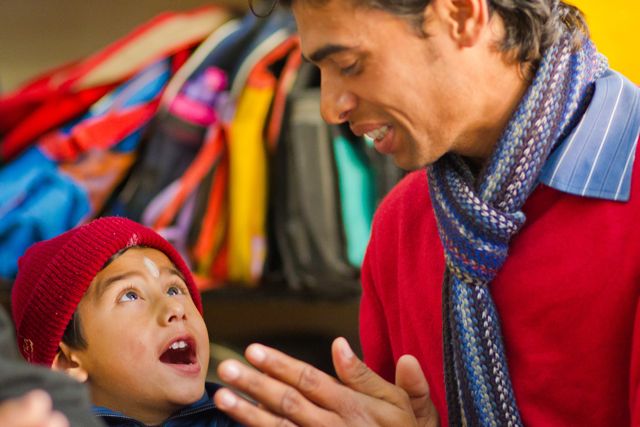 Bring disability into your life. Notice them. Please notice them.