India wasn’t supposed to be like this. The dream this country’s founding mothers and fathers had was of a free, vibrant nation; a secular place where people could prosper by the work of their own hands; where traditional knowledge was valued and simplicity, order and the common good were shared ideals.

That’s not what we’ve got. Not by a long shot.

Today, right this minute, systems are so broken that we can’t even agree on what day it is. Is Rakhi on August 20th or August 21st? Do we pay our taxes on July 31st or September 30th or – perhaps – not at all? Who knows? Who cares?  Is anyone aware? Is anyone in charge?

If we spot an obviously drunk driver on the road, whom do we call to report him? 100? Maybe. Or maybe 108. Call either one (I did this two nights ago) and the person who answers doesn’t know either.

In this vacuum of leadership and conviction, with a silent Prime Minister literally asleep on the job and a voluble fascist alarmingly on the rise, with the economy in free fall, where anything is as good as anything else and where standards simply don’t exist, is it any wonder that five unemployed guys might think they can rape any number of young women they please and get away with it? Who cares? Who’s going to stop us?

Ever hear of the Broken Window Theory? It goes back to 1982 when two social scientists – James Wilson and Joseph Kelling – proposed this idea: “Consider a building with a few broken windows. If the windows are not repaired, the tendency is for vandals to break a few more windows. Eventually, they may even break into the building, and if it’s unoccupied, perhaps become squatters or light fires inside.” 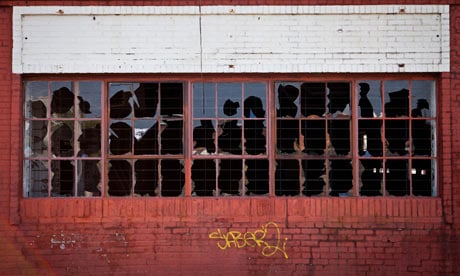 The idea of the theory was simple and cheap. Pay attention to the small, seemingly superficial things. Replace the broken glass. Pick up the garbage. Promote the idea that people care; that someone is watching, that there is a system in place that is working, that you can’t get away with vandalism or littering or anything else which affects the common good because no one will stand for it.

I’m not an economist, a social scientist or a criminologist. I run a Foundation for children who have special needs and one of our first principles when we begin working with a child with difficulties is to start small, to go one little step at a time, to begin with something easy. That gives the child and her family a sense of mastery and control. It helps them see their situation with hope and confidence: one day at a time, we can cope even with this.

Recently, a family came to us concerned about a child with severe communication problems who threw violent temper tantrums, broke everything in sight and created chaos in their home. We started by teaching them how to make eye contact with their daughter.

They thought we were crazy. What good will that do? they asked. But in fact, eye contact is a crucial first step in establishing a trusting relationship with a child who cannot express herself verbally.

It didn’t solve what was a complex, deeply-rooted problem. But it made a big difference in the family’s understanding of what was going on and it gave them the foundation of trust and mutual respect from which to develop long term strategies which did help to sort out the issue.

Back to the Mumbai rapists and the Broken Window Theory.

The problems of sexual violence, unemployment, disaffection, frustration and poverty are huge. No one is going to solve them overnight and simply “cracking down” on criminals like the five men who raped five young women last week in Mumbai isn’t going to work either.

But controlling traffic is doable. It could happen almost overnight if the civic authorities put their mind to it.

Here’s what we all live with, all the time, accepting it as a normal feature of life in India: 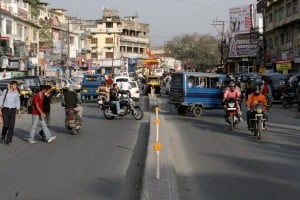 Add to that the children (as young as 12!) driving motorbikes and cars; the motorcyclists without helmets, the people who drive down the wrong side of the road, those who stop in the middle of the road to chat with someone, oblivious to other motorists or pedestrians; the people who run red lights, the ones who speed headlong through residential areas and all who generally behave as if they are the only ones on the road and the only ones who matter.

Now imagine if this were brought under control. Imagine a scene like this one: 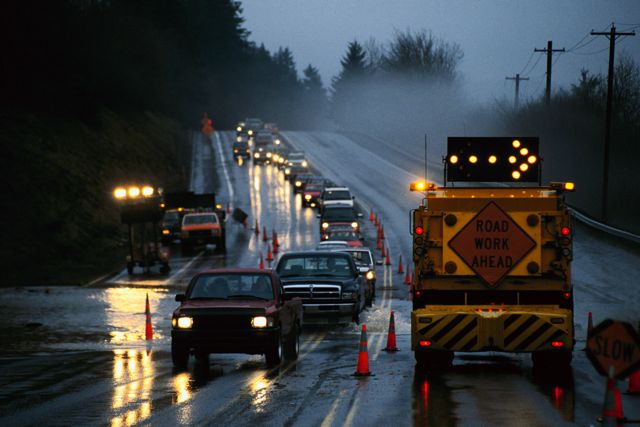 Not perfect, because nothing ever is. You can still see a few drivers at the end of the line who are contemplating the advantages of continuing to glide along the rapidly closing lane so as to sneak ahead of the others, but the system will close them off eventually and other drivers will close ranks to prevent them from unfairly cutting the line when they get closer to the top (many motorists find that they actually wait longer when they cheat because other drivers punish them for trying it).

The point is not only that when order is imposed, people fall into line. That’s true and it’s important. But perhaps even more important is the truth that the Broken Windows Theory proposes: when people see that government works, that the police mean business, that systems are functioning, that spills over into other areas of life. If they’ve got traffic sorted out, what makes me think I can rob the corner shop and not get caught?

And the reverse is even more glaringly obvious: if they can’t even stop 12-year-olds from driving, if they can’t enforce the law that you have to stop at a red light or drive only on the left side of the road, how will they ever catch me when I decide to rape four ragpickers? 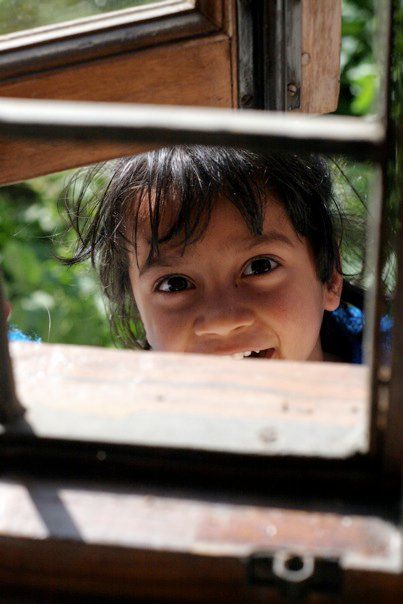 There are any number of broken windows in India and we can tie ourselves in knots thinking about how impossible it will be to repair them all.

Or, as any good special educator will tell you, we can start with fixing the easy ones: one window at a time.