Last summer, we hired an accounts officer whom we had to let go even before his probation was up – no need to go into the reasons. Today, the HR person of another organization in the city came to meet us.  It turns out our enterprising accounts man had applied to them, listing us as a former employer, and been hired on the strength of their respect for us.

They hadn’t bothered to check with us at the time but rather assumed that if he had worked for us, he must be both competent and trustworthy.

Unfortunately, after less than six weeks with us, he had fabricated documents claiming he had worked at LRF for over four years, leaving at a salary significantly higher than we had actually offered him. He had stolen our letterhead and our official stamp and topped it off by forging my signature.

NGOs typically operate based on trust. We take people at their word and we believe the best. We prefer it that way. We genuinely want to believe in people. It’s painful to think that someone might be deceiving us, willfully mocking our faith in human nature.

And yet, Mr Accountant deliberately played with us, exploited our confidence and gambled that no one would check up on him. Our colleagues in the other organization were fooled in the beginning, and while eventually they caught on too, the experience left me wondering about systems and how much better it would be if we all followed them.

For example, we did check our candidate’s references, but the people we called didn’t tell us about any issues they had with him – either with performance or personal integrity. I know that in general people mean well, but not telling a prospective employer about a person’s shortcomings – on the grounds that you don’t want to ruin their career – helps no one.

Based on his former employer’s clean chit, we hired him, wasted time and effort trying to train him and then had the unpleasant task of letting him go. Then, of course, we had to begin the whole recruitment process again – more time and money spent. Meanwhile, he got the message that no one would inform on him and grew even bolder in his approach – this time stealing stationery and forging documents to present to the next place he applied.

The point is: systems exist for a reason. We should follow them. 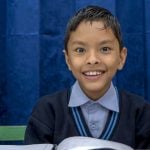 A New Song for Anshuman 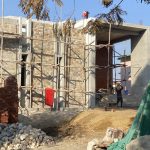