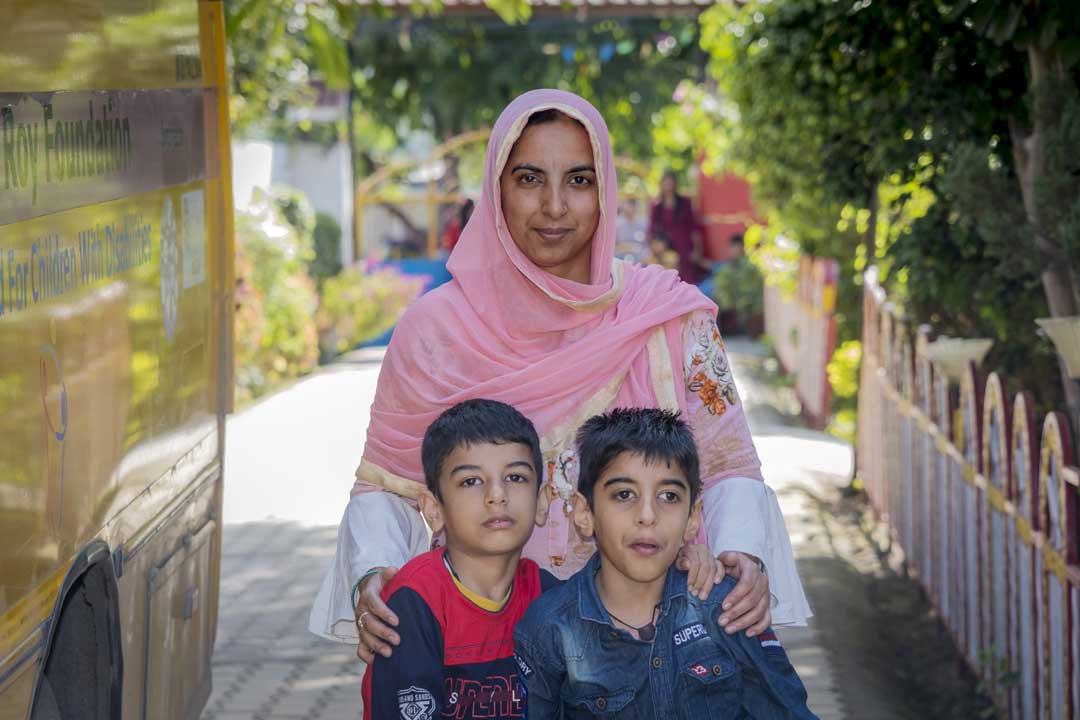 As a young bride, Ruhinisha’s dream was to give her future children a good education. A graduate in Urdu from Jamia Milia Islamia, Delhi, she believed in the power of education to change lives and turn weakness into strength. When her first, long-awaited child Md. Asad was born she had no idea how much life was about to change, and just how critical education was going to be for her newborn son.

Asad, now 9, was placed in neonatal intensive care when he failed to breathe at birth. His parents were given no inkling of the potential risks that lie ahead for children who experience trauma at birth. By the age of eight months, he’d missed several milestones. It was then that Ruhinisha heard of Gubbara, the Latika Roy Foundation’s (LRF) assessment center for children at risk. Here, she learnt Asad had cerebral palsy and enrolled him in the home management program.

When Asad’s brother Umar came along, he didn’t breathe for several minutes after birth either. Ruhinisha began to navigate life in a joint family with two children with cerebral palsy under age three. Not least among her difficulties was the small mountain of soiled clothing she had to handwash every day for years because both boys had difficulty in toileting.

Desperate for a ‘cure’, the young mother headed to the All-India Institute of Medical Sciences (AIIMS) in New Delhi. She then admitted the children into monthlong in-patient treatment at an ayurvedic and unani center in the capital. The frequent travel and expense weren’t viable for long. Worse, Asad’s condition was deteriorating. He couldn’t navigate stairs or sit upright in a chair for any length of time. Having lost touch with the Foundation for three years by then, Ruhinisha was sure they wouldn’t be readmitted. Instead, she was touched to find a warm welcome awaiting the children.

Asad, 6 by then, was admitted into Karuna Vihar (KVSS), LRF’s special school, and Umar, 3, into LRF’s Early Intervention Center (EIC). Ruhinisha and the boys travelled twice a week, an hour each way, on a scooter with her father-in-law, who subsequently tired of the effort and tried to persuade her to keep them home. But Ruhinisha was pragmatic – “It’s hard enough teaching a typical child time at home. That’s why most kids take tuitions. With special needs kids it’s even harder, and two of them, at that. They need specialized inputs”. She found an ally in her mother-in-law, who encouraged her to do whatever she felt was best for the children. For the young mother who’d spent years running from pillar to post to no avail, it had to be LRF — “The Foundation is the only place that meets their needs. Umar began walking a month into coming here.”

It wasn’t smooth sailing from the start, however. The first three months were so challenging that Ruhinisha began to despair of anything changing. “They didn’t do anything but cry the entire time they were here,” she recalls. With the children in two different centers, she had to divide her time between them, leaving one screaming while she was with the other. “Didi changed that,” she adds.

“We realized that alongside the kids, we really needed to support Ruhinisha, too,” says Manju Sharma, special educator and Head of KVSS. “It was really rough on her in the beginning. Each kid would cry, throw things and refuse to do anything until she came. We continued to reassure them that their mother was right there, encourage and reward small gains. We structured activities around things they liked – storybooks, art, craft – and conducted them in different settings to keep it interesting. Some were out in the sandpit, some in the therapy room, even the treadmill.” The change occurred incrementally over three months. “The screaming reduced to sobbing, and slowly petered down until they began looking forward to coming to school,” says Manju.

With the children now coming in two days a week on the school bus and settled in happily, their father was keen to increase their educational exposure. The family enrolled Asad and Umar in a government school close to home for two additional days.

Members of the Foundation’s inclusion program, Wabi-Sabi, interact with the school authorities to ensure that Asad and Umar get the support and services they’re entitled to. Wabi-Sabi works with mainstream school authorities, staff, children and their parents, conducting workshops and advising on ways to support disabled children’s social and educational inclusion. The Principal of the boys’ school has been invited to our upcoming symposium, ‘Anek Titliyaan: Changemakers for Educational Inclusion of Disabled Children’, where we look forward to hearing her approach to inclusion.

Meanwhile, Asad and Umar have found their sweet spot, meeting increasingly challenging academic, therapy and independent living milestones. Ruhinisha takes comfort in the Foundation’s support group meetings and eagerly awaits outings with the other mothers who understand her experience better than anyone else around her. With the children settled in, she has a little more time for self-care. She recalls that as a young woman still in college, she’d begun to develop an interest in studying special education. Life took over and while she couldn’t explore it formally, “Aage life mein pata nahin tha ki special education ghar mein hi hoga” (“Who knew I’d get the opportunity to learn special education in my own home!”), she smiles. 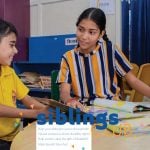 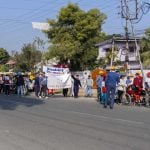 Dhamaka on International Day of People with Disabilities 2022