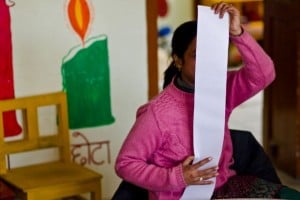 I guess we all have a litmus test – a secret standard by which we measure (even judge) others. The veteran may wonder how that young guy – so macho and cocky – would behave in battle. The grandmother wants to know how that girl – so stylish and blase – would do in childbirth. I used to think about how my friends – so committed to social justice – would cope with living in India.

Now my litmus test is disability. And on the eve of one of the ugliest and most divisive election campaigns ever,  I think about Donald Trump and Hillary Clinton and how they might deal with a disability in a child or a grandchild.

Disability is one of those things. No one plans for it. No one sees it coming. That baby in the womb is going to be perfect. That child we are adopting has only one problem and we are about to solve it. Then disability announces itself with a mighty thud and no one but the parents step forward to pick up the pieces. That’s what parents do. That’s why we are here. And contrary to our own expectations, most of us do extraordinarily well.

Imagining such a scenario in our youth, or even during pregnancy, many of us do not believe we are capable of the courage and conviction raising a child with difficulties would require. Many couples say they would abort a pregnancy if they knew the child would have problems, and of course, many do (90% of mothers carrying a baby with Down Syndrome choose to terminate in New Zealand; 92% in the US; 93% in the UK according to recent studies). I remember my husband and I being quite sure when we decided to adopt that the one thing we couldn’t do was to adopt a baby with special needs. We knew one thing: we just weren’t cut out for it.

Of course, like most parents, we knew no such thing. For somehow, we had forgotten to factor in the love, we had left out the unmixed and primeval surge of emotion which flooded us when we met our new daughter for the first time. It was unexpected when it should have been predictable. We already had two children. We should have known. Suckers.

It didn’t hurt that Moy Moy was cute. Her tiny size was alarming (she looked all beaky and bird-like), but her eyes were like the darkest pools and there she was, helpless, vulnerable and absolutely unconcerned with any misgivings we might have been harboring. We just picked her up and got busy. 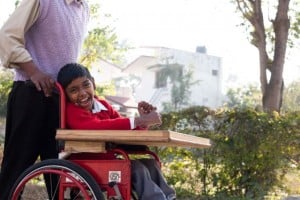 And that’s what it’s like for most parents. We get on with it. It’s not sentimental or romantic and I would never downplay the grief, the exhaustion or the fears. But love makes it happen. Love makes it possible.

Which is why almost everyone gets it right. And in the process, they make it better. More than that, they become better. Disability – by virtue of the paces it puts us through, the daily disciplines it imposes upon us, the universal experience of vulnerability it forces us to remember – gives us a chance at being better people.

Remember I said almost everyone. It’s not a universal fit. Some people cannot accept disability in any form nor cope with vulnerability – their own or anybody else’s. So for me, it’s a litmus test. And I can easily imagine Hillary Clinton rising to the challenge with grace and courage. I can’t say the same about Donald Trump. Neither can you. No matter what you think of Hillary’s politics or Donald Trump’s grasp of foreign affairs, you could never call him a kind man. Nobody could imagine him embracing a “defective” child or welcoming one into his family. He is too insecure himself to accept anyone else’s difficulties.

But there’s a twist. Because as much as disability reveals something essential about a person’s character, at the same time it also develops it. Hillary Clinton’s one child is healthy and bright but in her 30 years of public service, she has repeatedly put herself beside and among people with disabilities, people with vulnerabilities, people in precarious situations. These aren’t glamour spots: nobody’s wearing bikinis, vying for pageant crowns or amassing stacks of poker chips in the soup kitchens, day care centres, inner city schools or refugee camps where she has spent so much of her working life. These are hard, sad places; the places where people down on their luck come to try and put themselves back together again . . . Hillary has joined them there over and over (30 years is a long time) and done her best to lead them back out again.

Donald Trump, on the other hand, has hired men down on their luck – and then refused to pay them. He has selected women for their looks – and then ridiculed them for their weight or their complexions. He has amassed fortunes – and then proudly avoided paying taxes. Like Hillary, he has built his life in the midst of people with difficulties and vulnerabilities. The difference is that he has done so on their backs while she has done so by their sides.

I would never wish disability on anyone, but I do believe that Donald Trump might be a better person if he had experienced disability at a pivotal moment in his development as a human being. Unfortunately, I know enough about life to say that, short of a miracle, that ship has sailed.

Those of us who hopped a ride on that ship and who haven’t bailed out because things got tough understand the costs. We’ve paid our dues and we’ve earned the right to call a few shots. The main one to keep in mind tonight? Donald Trump doesn’t care about Moy Moy or anyone like her. He has made it his life’s work to avoid pain and suffering and I pity him from the bottom of my heart. But he is not fit to be the President of the United States.

Moy Moy and I urge you to vote for Hillary tomorrow. 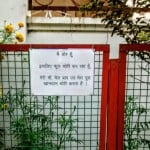 Whose Flowers Are They, Anyway? 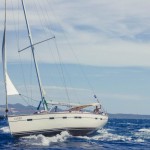