I heard a wonderful quote yesterday on a radio program called This American Life. The episode was called “Visible and Invisible” and a blind man, talking about how he susses out new places given what he can glean from his various senses, described a night in a strange hotel room.

His normal approach whenever in a strange place is to scope it out by feeling his way around the walls to get the dimensions, then carefully moving inwards to locate the furniture. Once he has the layout down, he can function easily and most rooms, he said, are predictable.

This particular night, though, he wasn’t able to find the phone which he needed to make a call to his wife. He found the bedside tables, a desk and a coffee table, but no phone on any of them. It was only the next morning, when the phone actually rang, that he realized that the room had an alcove which he had missed by assuming the room was “predictable” –   the phone was on a table within it. 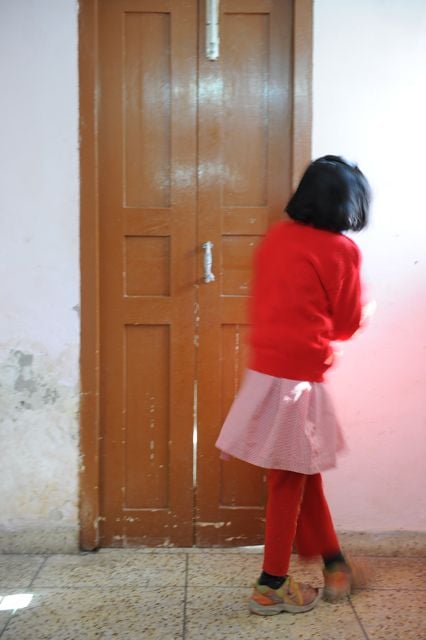 “When you’re blind, you just can’t assume anything,” he said. “But the problem is you get a picture in your mind, and if you get it wrong, you just live inside the mistake.”

He meant it literally – he had even been trapped in hotel rooms in the past, unable to find the door because he was so certain it had to be where he thought it was. His certainty prevented him from actually finding it.

You don’t have to be blind to relate.

We are dealing with conflict resolution in our senior staff meetings these days and that phrase “living inside the mistake” sounds like a gong going off in my head.

Because we all come to each meeting with our assumptions. We all think we know the way forward and we all assume that everyone else is operating from the same map.

That we may not is only slowly dawning on me.

Could we have different maps? I mean, we all keep looking for the door where we are certain it is (I am POSITIVE I came in right here – stroke wall over and over as if repetition of movement will make it appear),  and we keep repeating our positions as if the others haven’t also shared their ideas, thus changing the contours of the room.

Some of us have an aerial view and others are down on the floor immersed in all the tiny details. Some of us are shifting the furniture around while others are building new tables and chairs (and hiding the phones). Some of us are ready to entertain guests and others want to tidy up and get things in order before anyone new arrives.

But the thing is – we’re all inside the same room. We’re all looking for the door that leads to the road we all want to be on. Together.

The blind guy found the phone the next morning because the ringing convinced him he had been wrong the night before when he assumed there was no phone in the room. He also found the door and made his way out.

We don’t have his advantages. We haven’t had a lifetime of being proved wrong about simple things like where the phone is located or how to exit a room. We haven’t cultivated humility.

Continuing to live “inside the mistake” is a choice. Humility is the doorway to the truth. And truth – or at least the truth that leads to action – is, like it or not, a compromise.

Login User
The Gospel According To Nutan
Secrets
English
हिंदी