The CNN IBN Real Hero Award was truly an overwhelming experience. The whirlwind of the overnight train with Manju and Vibha from Dehradun to Delhi, then the flight to Mumbai, staying in a magnificent hotel and being honored at a star-studded event was more than enough to turn our heads.

For both of us, however, the experience was permeated with an immense sadness. Manoj died on Wednesday and just two days later we were off to Mumbai. Both of us kept forgetting for a while and allowing ourselves to be lifted up by the excitement; then we would remember and go all small and quiet.

For me, it was even more complex.

A few weeks after the accident, Avdesh Kumar, the man responsible for it, was finally arrested. It’s a bailable offense, so he was released from jail shortly thereafter. He was required to surrender copies of all his papers and the police handed them over to me. These included his license, his car registration and his insurance papers.

Getting his insurance policy was an enormous relief. We knew that the paperwork would take some time, but we were confident that with our excellent lawyer and our water-tight case, the money awarded would allow us to cover Manoj’s outstanding medical bills as well as create a trust fund for Rakhi and their little girl.

Something troubled me about the insurance policy, however, and though it sounds crazy now, at the time I just couldn’t put my finger on it. I looked it over again and again. It was a poor photocopy and at one point I wondered if he had fabricated the whole thing. Did a “General Insurance Company” even exist?

I checked, however, and found that it was a well-known, reputable company, owned by the government of India. It was in his wife’s name, as was the car’s registration. The expiry date was 2013.  Everything added up. Yet something still bothered me.

Friday night, trying to fall asleep on the train hurtling toward Delhi, it suddenly dawned on me: his policy had lapsed. He had renewed it only ten days after the accident.

I don’t know how I missed that crucial detail, that one piece of the picture which made the policy entirely worthless from our point of view. Maybe I just didn’t want to accept that Avdesh Kumar had tried such a stupid, deceptive and transparent trick. Did he think it would fool anyone (other than me)?

Maybe I didn’t want to deal with the fact that now we would have to come up on our own with the huge sum we still owe at the hospital. Maybe the weight of responsibility for Rakhi and little Simran felt even more crushing than before.

Or maybe it was because suddenly Avdesh Kumar – chillingly, hauntingly -reminded me of myself.

The day after Manoj’s accident, I renewed my own car insurance. It had lapsed some weeks before. I knew about it and I always meant to get around to it. But – hey – I was busy!

And I didn’t let a little thing like no insurance slow me down. I was still driving all over the city. Eventually I was going to find the time to locate my agent and make the payment. Tomorrow. It took Manoj’s catastrophe to spur me to action.

Anger is so much easier. Self-righteous anger is even better. I am still so angry with Avdesh I can hardly bear to think about him.

But now, this little green shoot of forgiveness keeps pushing its way into my heart, into my soul. And I don’t want to feel it. I want to stay angry. I want to curse him for the havoc he has wreaked on Manoj’s family, on the Foundation, on me. I want him to suffer as he has caused others to suffer. 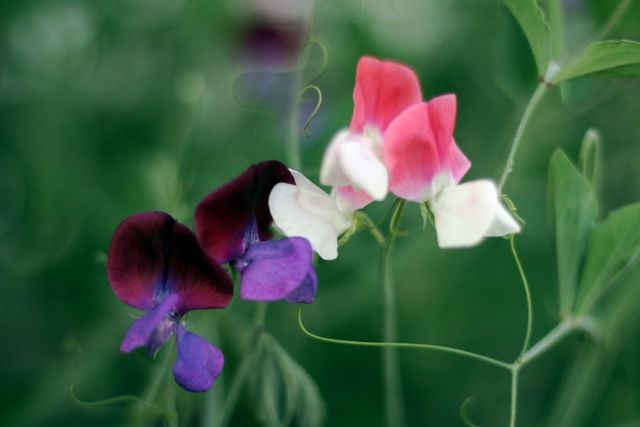 And I do not want to hear that stupid and irritating voice which keeps insisting on breaking through: Forgive us our trespasses as we forgive those who trespass against us, it keeps saying, insisting that I answer.

My soul, don’t try to answer yet.
Find a friend and hide.

Manoj died after a month of suffering and agonizing pain. Avdesh Kumar, whether he admits it or not, will never be the same. He will never be able to hide – at least from himself – what he has done.

Can we choose? Can we still make things come out right?

My soul isn’t ready to answer yet, but the truth is there in these tender green vines, so delicate, yet so strong. It’s there in these amazing and exquisite blossoms, fragrant, fragile, enduring.

What can be hidden?