When we built our house, Ravi and I decided to have custom-made desks in our designated spots – his underneath the stairs; mine in the bay window in our bedroom. His worked out perfectly – even down to the design of the drawers which he had made with little built-in partitions! Why didn’t I think of that? 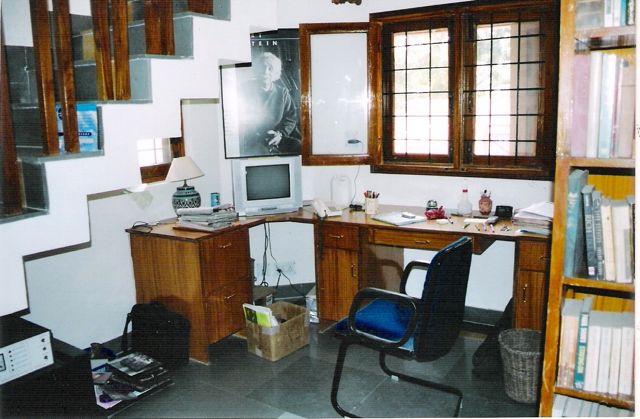 Mine? Well, mine was a bit like a dinosaur: too big to support its own weight. 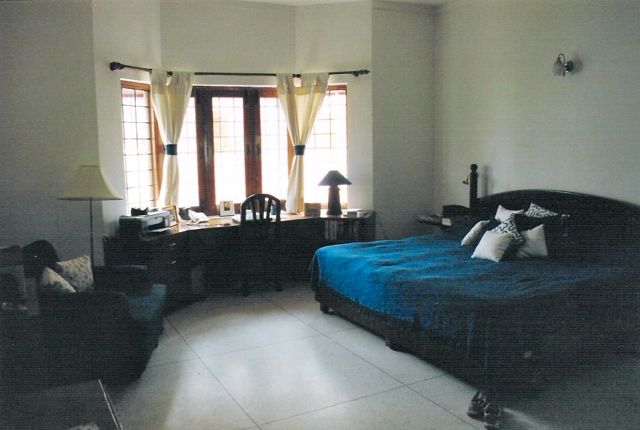 Was it greed or was it just stupidity? Whatever the reason, it quickly became apparent that the poor thing would need support in the middle if it was not to sag, that it was so heavy and unwieldy there would never be a way to move it to clean beneath it and that such a long empty surface all but cried out to be filled with whatever needed a parking spot.

Laundry, cushions, magazines, old CDs, medicines, phone chargers, hairbrushes, water bottles – you name it, it ended up on my desk.  The one thing which almost never ended up there was me. The effort of first tidying the massive stretch of desktop before I could sit down to work was too daunting.

So it quickly became the largest, dirtiest, most poorly designed catch-all in our house. And even with support added beneath, the sag developed alarmingly. I was always nervous about leaving my laptop or my eyeglasses there overnight.

But when you have designed a piece of furniture, particularly when you’ve designed it to fit a particular place, it takes on a weight of permanence. How could I get rid of it? It wouldn’t fit anywhere else. Just to get it out of the room I would have to rig up a truss to support it’s pendulous mid-line.

Then one day, a new desk appeared in my life. It arrived with the certainty of fate and I knew it was time to make the change.

How it happened: I have a friend who is around 85. Her husband had Alzheimer’s about the same time my Mom had it, so we had a bond. Both of them have passed away now, but our friendship remained strong. When I would go to visit her, we usually sat in a small and sunny lobby which was her favorite spot in the house. There was a sweet little desk in that room which I often admired as an example of perfect design and organization. I didn’t covet it – I just admired.

A few months ago, Manju had a stroke and had to leave her beautiful home and shift suddenly to Delhi to live with her daughter. A short while later, we got notice that we would have to give up our tenancy at Latika Vihar as the owners were returning to live there themselves.

Everything fell into place with rapid precision: I called Manju and her daughter and asked if they would consider renting to us. They were delighted and relieved as they had had no idea what they were going to do with the house. They were also planning to sell off the furniture. Nina sent me a list of what was for sale but, to my sorrow, the desk wasn’t on it. I could totally understand, of course. Who would want to sell such a lovely piece?

Nina and her husband arrived in Dehradun last week to close up the place and they asked if I could help them get rid of the furniture by letting our staff know what was available. As we went through the house, I noticed that the desk had been moved from its usual spot and I assumed they had already sent it down to Delhi.

But then we walked into the master bedroom and there was the desk, waiting for me. “Oh, and there’s this, too,” Nina’s husband said casually. 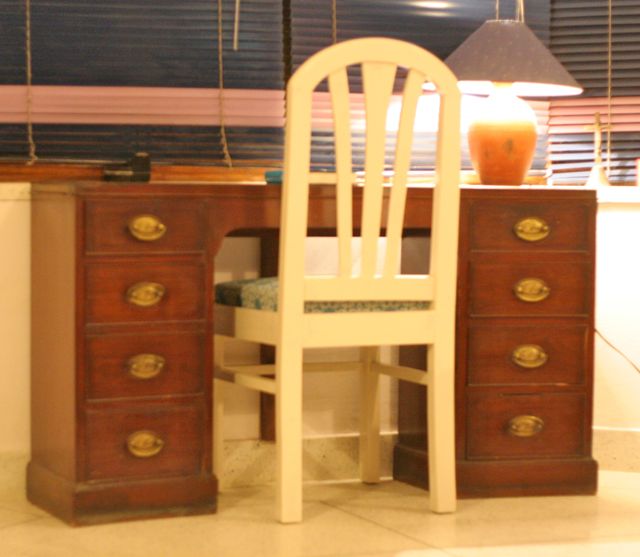 It’s sitting in my bedroom now. My old desk has been cut up and the drawer bits will be refurbished as bedside tables. The plank in the center will become a new shelf in our kitchen. The huge, sprawling eyesore has been removed and replaced with a quiet, thoughtful little island in the sea of my hectic life. All that is sitting on it at the moment is a lamp and a book.