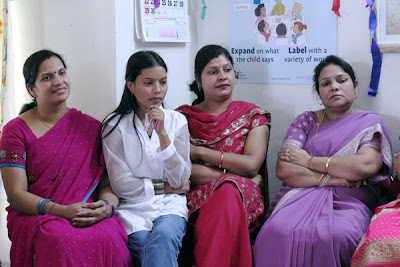 Today was the valedictory celebration for the graduates of our second Teaching Assistants Training program. When I arrived, they were all still dancing, but as soon as they saw me they got very serious.

Luckily, this didn’t last too long. 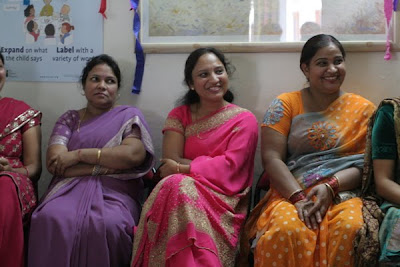 What was very obvious – even in the brief time I was with this group of vibrant, vivid women – was how much they had to share and how thrilled they were to be doing it. Lunch was scheduled for 1:30, but they had so much to say about the course and how it had changed their lives that we didn’t get to eat until after three. It was truly inspiring to listen to them. My father, who doesn’t have a word of Hindi, was enchanted. Late into the evening he kept remembering them: “I don’t know what they were saying,” he kept repeating. “But they were so beautiful! And so articulate. Even I could tell that!” 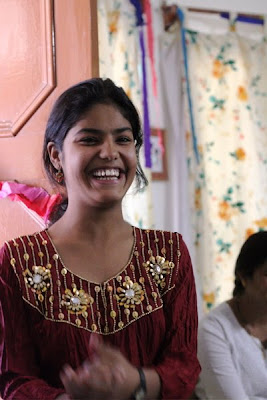 Like Vandita, for example. When I first met her, she was a quiet, soft-spoken girl who was too shy to say much. Today, she couldn’t say enough about how much she had learned and how it had all changed her life. She was echoed by so many others in the class. Several mothers talked about how they used to yell at their children and even hit them when they misbehaved. They said that now they couldn’t do that anymore. Now they could understand why their kids were doing whatever they were doing and hitting and shouting – suddenly – just seemed counterproductive as a response. 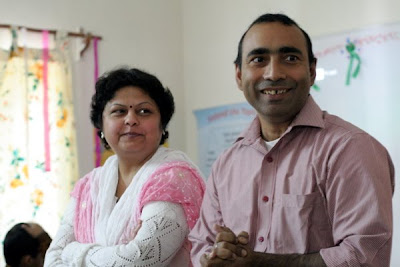 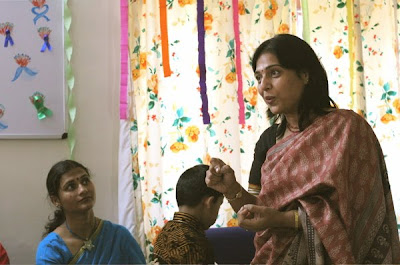 Manju and her team are simply amazing trainers. I’m not putting anyone down, but I met this group of women when the course first began three months ago. They were nice, to be sure, but you wouldn’t have looked at them twice: ordinary housewives, for the most part; hadn’t traveled, hadn’t read a lot, hadn’t had much experience outside of the conventional worlds into which they were born . . . and yet here they were at the end of three months passionate about the new world they had had a glimpse of. Over and over, I heard them talk about the “new direction” their lives had taken and the gratitude they had for the teachers who had shown them the way. 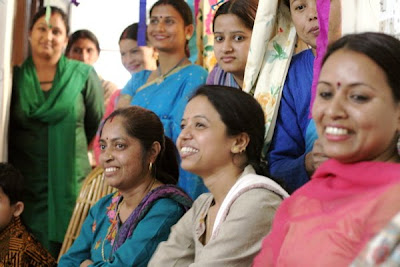 The teachers! For me, hearing them praised was one of the best parts of the celebration. These are all people I have known for years and years, and try as I might, to me they are still as young as they were the day I first hired them. Yet here they were being referred to as “Ma’am” and “Sunitaji”, being quoted and respected and even revered by their students. Wow.
Comments

What Would Deepa Do?
A Missed Chance
English
हिंदी