Discovering the Magic of Activity-based Learning

Vijay, the boy who lives upstairs from me, asked me to help him prepare for his computer exam. Handing me his notebook of questions and answers, he asked me solemnly to quiz him.

“You’ve got it all down?” I asked. “You know all about computers?”

Vijay’s eyes glazed over and he got an intense look of concentration on his face. “A CPU is the central processing unit of a computer.” His voice rang out sing-song style, sounding very strange and un-Vijay like. “The CPU is the hardware within a computer that carries out the instructions of a computer programme by performing the basic arithmetical, logical and input/output operations of the system.”

Wow, I thought to myself. I didn’t know that.

“Very good!” I said. What else could I say? He had it down to a word-for-word perfection. “What is a printer?”

Glazed look again. He drew a deep breath, then plunged in: “A printer is a machine which produces a representation of an electronic document on physical media such as paper or transparency film.”

“Vijay, have you ever seen a printer?” I had to ask.

Yet he knew that a printer was a machine which produced a representation of an electronic document on physical media such as paper or transparency film.

How many children in our Indian school system are like Vijay? A recent video on YouTube interviewed children in low-income Indian schools who could count up to 20, 30 and 100 perfectly, never missing a single number. But the children were baffled when asked to select the largest number, out of an array of numbers.

It is not their fault. We “teach” them complex concepts in abstract ways, which children’s brains are not yet equipped to make sense of. So all they are actually learning are songs: ‘The Alphabet’. ‘The 7 Times Table’. ‘The Days of the Week’. ‘The Hit Parade!’

Children are hard-wired to learn. It is a survival instinct. They will do whatever it takes to make their way through the world alive. Unfortunately, the world we have created for them (and many countries, including developed ones like the US, have this problem) demands that they passively sit in classrooms, memorising facts and passing tests. So that is what they master.

We send children to school so that they will be able to deal with the ordinary problems of real life. Activity-based learning – learning through doing – is one answer. This is not to say that rote learning has no place. Learning the times tables by heart, for example, is an efficient investment in later problem-solving and is totally worth doing. Knowing the alphabet makes it possible to use a dictionary as well as to complete routine tasks of sorting, filing and classifying. But rote learning divorced from practical hands-on experience not only kills curiosity and joy in children but also effectively robs them of useful knowledge, self-confidence and genuine skills.

“Vijay,” I asked. “Shall we find out what a printer actually is?”

With a little help, Vijay found ‘Word’ on my laptop, opened it and sat down to compose a note to Lakshi. Carefully, painstakingly, he figured out how to do capital letters, how to leave a space between words, and how to scroll down to the next line:

Tomorrow I have a computer test.

Will you help me study?

“So how do you think you can do that? Can you find a way to send a message to the printer?”

I swear I would never have figured it out as quickly as he did. He scanned the computer screen and located an image of a printer. He clicked on it and the dialogue box immediately came up. Vijay can read well enough to figure out the intricacies of that particular box.

His excitement was palpable. He stood transfixed as the paper emerged, bearing his own words.

“That’s a printer.” I told him. “That’s what printing means.”

Over the next ten minutes he thanked me again and again.

Never have I seen anything so amazing, so compelling, so convincing. We learn by doing. 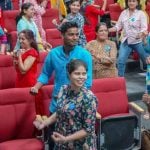 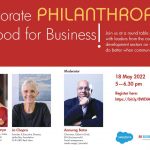