Going to college in America means you are definitely going to have a roommate. And your room will be small. The room Melanie and I shared was about 9′ x 12′. We opted for bunkbeds to maximize available space (I was on the top) and we pooled our meagre resources to acquire a tiny fridge ($50). 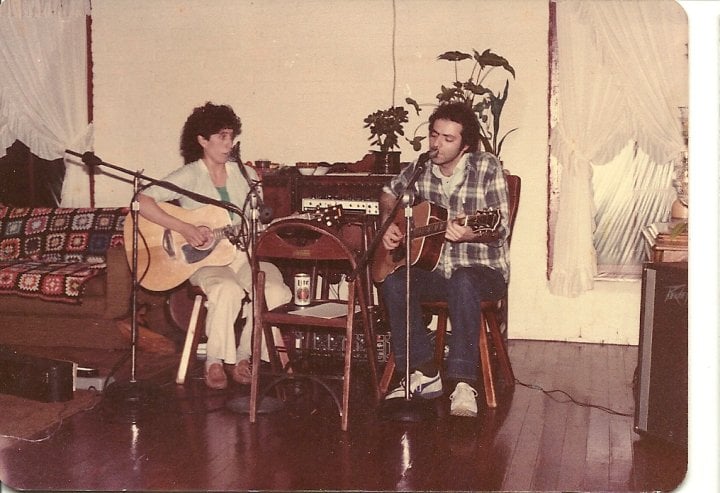 Melanie and I had been friends in high school, though she was a year ahead of me. She was a musician and way cooler than me. In college our friendship took a different turn: deeper, more our own. She was a dream roommate. Neat, quiet, respectful, hilarious. We loved each other and no matter how many years elapse between meetings, we still always pick up where we left off. The last time was two years ago on a beach in Goa. The next time could be in Istanbul or Lebanon. It doesn’t matter. We will always be friends.

Others on our floor weren’t quite so lucky. I don’t think Dave and Ed from Room 315 are still friends. They barely spoke to each other. And Alice and Meg from three doors down the hall lived in parallel universes – one a night-owl who studied constantly and the other a party girl who liked to stay out till 2 AM and then bring her friends home to continue the fun in their room. Our room, by contrast, was a little haven of harmony. We were so lucky.

Melanie moved off campus after our first semester. Her spot, obviously, had to be filled. No one would give a second semester freshman (that was me) a double all to herself.  Our Head of Residence posted a notice that a woman with mental health issues needed a room. Were there any volunteers?

I raised my hand.

My parents’ philosophy was “Each one take one.” Except they didn’t really mean just ONE. They figured if you were lucky, you should share your luck. We had people outside our family  living with us our whole lives (and our family included three resident grandparents). Elaine, whose mother died when she was a baby and whose father couldn’t cope. She came for a weekend and stayed three years. Norma, whose parents threw her out when she got pregnant and whom my parents took in and saw through her pregnancy and delivery and who took care of her baby while she finished high school. Douglas, whose house burned down when he was 85. When the firemen asked him where he wanted to go, a neighbour said “Take him to the McGowans. They take everyone!” He stayed with us until he died two years later.

So when the woman with mental health issues needed a roommate, it didn’t occur to me not to volunteer.

I don’t know why. This woman was famous on campus. Everyone knew her. Crazy. Tall, blonde and attractive, but possessed of a manic energy which was frightening to watch. She moved constantly. This woman always seemed full of purpose, yet no one understood where she was going or what she was doing. She didn’t either. Though I knew nothing then about mental health problems, I knew this woman was seriously disturbed.

But my parents had taught me that we all had a responsibility to step up and do our part. So I raised my hand.

I came back to campus after the break full of trepidation. What had I done? How was I going to cope with my new roommate? I had classes to take and homework to do. Would she keep me awake all night? Might she be dangerous?

I needn’t have worried. She never showed up.

I got her home number from the Head of Residence and called on the pay phone in the lobby. Her mother answered; she sighed when I asked about Sandra and when she would be coming to campus. “Sandra won’t be coming at all, dear.” Her voice was tired and sad. “She’s been hospitalized and we have no idea when she will be able to return to college.”

I have to admit it: I hung up the phone and did a little jig. I was so relieved. Is there anything better than offering to do a good deed and then not having to do it?

Two days later, we had the beginning of term meeting in the dorm common room. After all the usual announcements, the student council leader said that seniors had complained about a freshman being given a single room when they had been waiting for years and still hadn’t gotten one. No one mentioned my name but it was clear who it was about. The Head of Residence let everyone have their say (I was amazed how many people had opinions) and then he asked me if I wanted to add anything.

I said that I knew it wasn’t fair, but that I hadn’t engineered it, it was just how things had worked out.

Immediately, several people started talking at once about fairness and the lottery system and senior rights. This time the Head of Residence cut them all off.  “Jo’s not telling you the whole story.” And then he related the sequence of events, saying that in the entire dorm, I had been the only one to offer to share a room with someone with difficulties. “The thing is,” he said “you all know very well that living with anyone is tough, even when they seem totally normal. That’s why you all want single rooms. I don’t blame you. But Jo made the offer and she gets to keep her surprise single. Things seldom work out like this in the real world but I think it’s a great lesson for all of us: sometimes they do. Always do the right thing.” 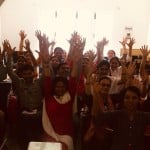 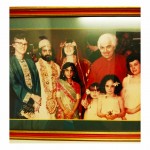