Who says getting an aadhaar card has to be a long, tedious, difficult process?

It shouldn’t be, of course, and the government (OK, give them credit) is trying to streamline the procedure and make it as painless as possible.

But long lines are inevitable and patience is in short supply in most of the offices we’ve surveyed. Who are “we”? We are parents of kids with special needs and our experiences are seldom tallied in all the press about how easy it is to get a card made. 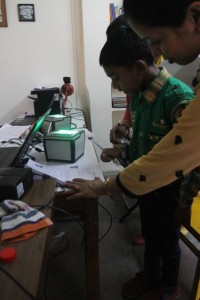 Maybe it’s easy for most folks. But if you have a kid with sensory issues, who hates (HATES) anything coming close to her face, that photo of the eyes? Crazy making. If your kid has Cerebral Palsy and his hands are all curled up with his fingers impossible to straighten, let alone place neatly on a surface, just try getting the fingerprint machine to cooperate. Not happening.

So when Rizwan, our Legal Eagle and Resident Expert on Everything, held a workshop on Guardianship for parents and happened to mention in passing that if they had an Aadhaar Card for their adult child, it would make the process of obtaining guardian status easier, he was unprepared for their response. 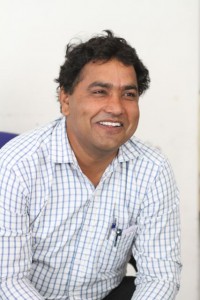 children. How they had waited patiently for up to five hours, often in the hot sun, only to be sent packing by officials with no patience for their children’s difficulties. No allowance made for sensory processing problems. No concern for CP contractures, autism related avoidance of green lights or general inability to wait in endless lines. Go home, they had been told. Try again another day.

Couldn’t you hold a camp here? they asked. Here where our kids are comfortable? Where they are around people who know them and understand them?

Rizwan is never one to shrink from a challenge.

He listened to the parents carefully and he did his homework. “We can do this,” he concluded.

In NO TIME he had organized an Aadhaar Camp, LRF style. With no budget and virtually no infrastructure, Rizwan Ali convinced a team of government officials to come to our child Development Centre with not one, but two sets of equipment (camera, digital fingerprinting, scanner, printer) and do the needful.

It was a mela. 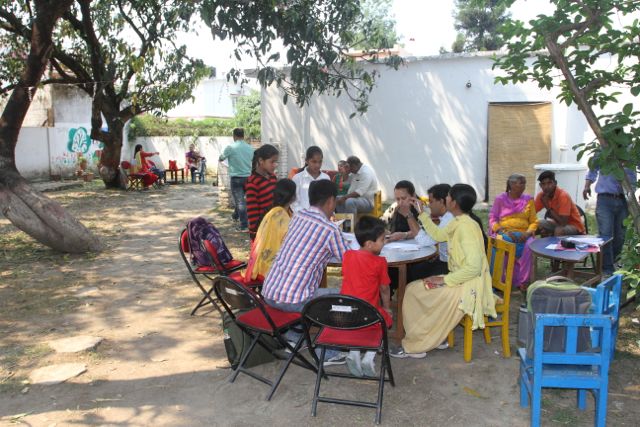 Forms to fill out, yes. Long waits, yes. But with the trademark LRF concern for each and every family, each and every child, the hours flew by, the waits were bearable. When their turn came, the children were supported by people who knew them and understood their needs. They were not expected to cope with more than they could manage. 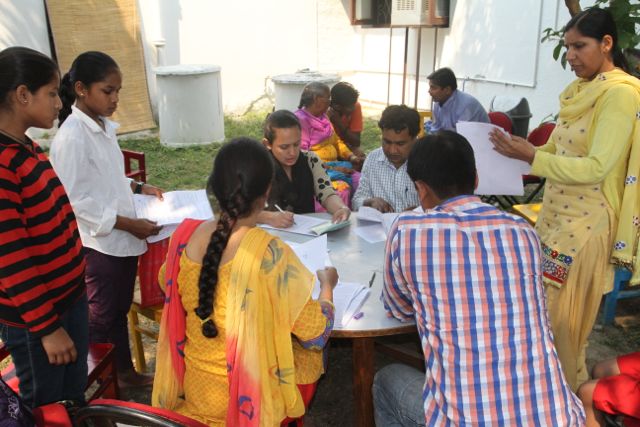 It was an amazing day. 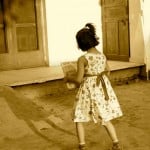 An Eight Year Old Looks Back On Life 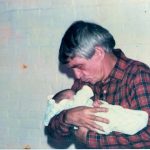