This evening, I spoke with my husband on the phone. We had been chatting for a few minutes before he said “I’ve got good company here in the compartment.” Up until that moment, I had forgotten that he was on a train, heading to Ahmedabad.

Because who, on an Indian train (especially a train heading to Gujarat), would look at this guy: 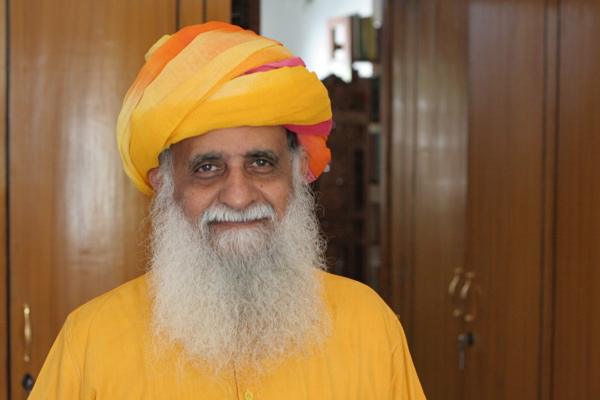 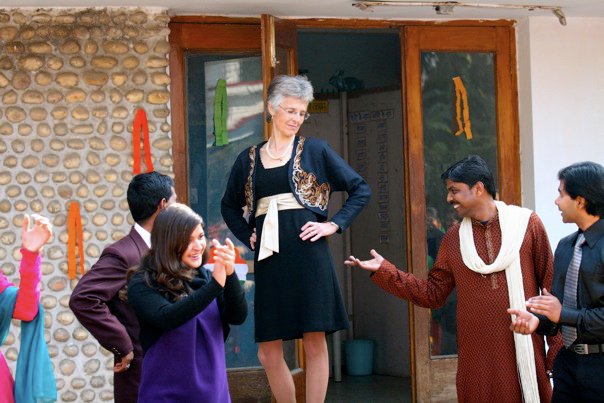 But life is strange. Sometimes crazy. Because while people on the train may have been imagining a wife who was worrying about whether her husband had gotten a good meal, people like Ravi (pure, single-minded, visionary) sometimes end up married to people like me (indulgent, wine-drinking, fun-loving).

And while people like me sometimes imagine that people on a train heading to Gujarat are all traditional and narrow-minded and poised to vote for Narender Modi, in fact they might just as easily be rangoli artists or high-tech business women or students about to enroll at the National Institute of Design.

Years ago, our doctor told us that Moy Moy probably only had a few months left to live. That terrible, awful year, Ravi and I stumbled through our lives, keeping up appearances, trying to pretend that everything was FINE.

One day, Ravi told me how he had been in a meeting in Delhi. High powered. Microphones at every seat. All he was thinking about was Moy Moy. He was on the verge of tears. And suddenly, like a bolt of lightning, it struck him that just as no one in that meeting knew what he was going through right then, he had no idea what any of them were dealing with. Whose mother had just gotten a diagnosis of cancer. Whose son had mental illness. Who had been beaten by her husband the night before.

Everything changed. In an instant.

We never know. We just do not know.

I have been stunned by the depth of the parents who come to the Foundation – parents with no education, no background (whatever that is supposed to mean), no pedigree. I have been humbled and awed by their wisdom, by their grace. Yet, if you saw them on the street, you would never suspect that they could be your teachers. You would never realize how much you could learn from them.

So what is this about? Just this: Don’t make assumptions. That person in front of you is alive. She is intelligent. He is making connections. She can teach you a thing or two. He might be your electrician or your plumber or the guy who collects your trash. She’s thinking. He’s making decisions.

Open your eyes. See the person in front of you. He’s wearing a turban but he’s married to a hot chick. 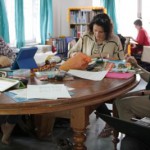 On The Inside | A New Series
English
हिंदी