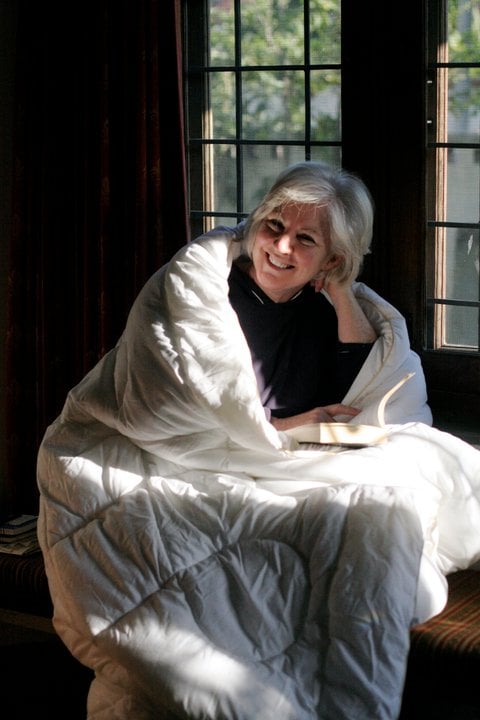 My dearest, oldest, bestest friend (outside of my family) was born on June 21st in 1957. We didn’t meet until ten years later and our friendship did not get off to a flying start. She was the acknowledged “smartest girl” in my new fifth grade class and I was planning to take her on.

We edged around each other that entire year. She was too polite to shoot me down and I was too in awe of her to try anything bold or risky.

Martha was known for her poise, her sophisticated manners and her withering intelligence. And while all that was real – along with being the smartest girl in the class – what drew me to her was her sense of humor, her sense of herself and her deep and abiding sense of integrity.

By sixth grade, we were good friends. By the seventh, we knew we were destined to be Best Friends Forever.

And though they couldn’t have been more different as personalities, there was something in the core of her mind and her heart and her soul that made me think of my mother. My mother didn’t have Martha’s wicked sense of humor and she could never have kept up the verbal pyrotechnics that all the McCann girls share. She would have died rather than go on stage (Martha is a natural in front of an audience – the larger the better). 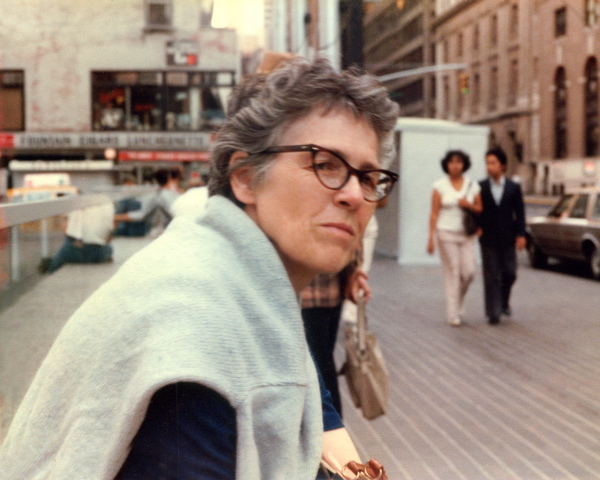 Whatever it was, it seemed fitting when my mother – the single most important person in my life – died on this same day, four years ago.

Nothing has changed. Four years gone and my mother remains in my mind and my memory as a beacon of hope and light, a woman of conviction, honor and total integrity. She believed in the Gospel, in feeding the hungry and welcoming the stranger and she did it. She opened her own home to those in need and she fed them with whatever she had on hand. She never thought of herself and she never stopped giving.

The date for the Latika Vihar picnic was originally the 20th. When it was changed to the 21st, I thought of not going. It didn’t seem right to participate in such an event on the day Mom had died.

And then I thought: How stupid! What better way to celebrate Mom’s life and Martha’s birthday than by being with children – in water – on a hot summer day? (Mom was a great believer in water on a hot day.) How better to honor both of them – two amazing women whose lives have been a testament to beauty and generosity and a belief in the grandeur of God’s creations? 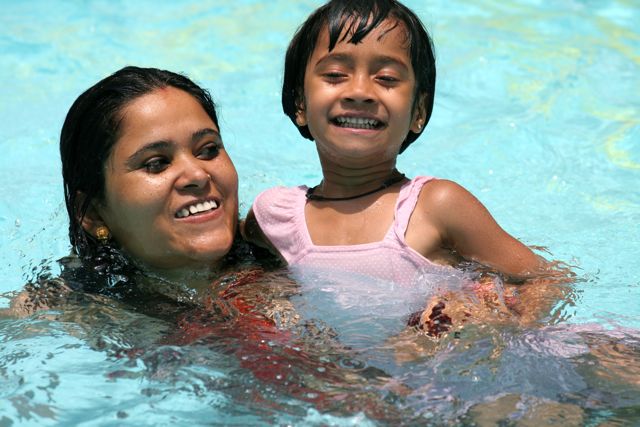 And so I went.

I took Moy Moy and four other children to join the 50 children coming from Latika Vihar. I stopped on the way and bought two inner-tubes for the kids to play with. When we got there, the first child to use the yellow one was my own dear Moy Moy. 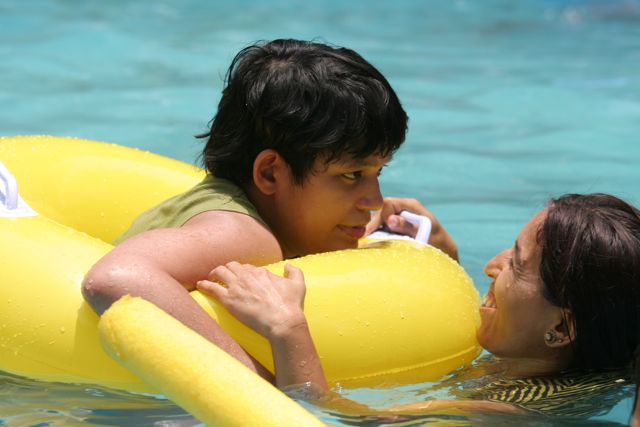 It was a production to get her into it and it took three of us to do it – one to hold her up straight while the other two helped her raise her arms so it could go down over her head (Note to Self: next time, do it feet first and move the tube UP). Then we three handlers lowered her down to Hema who was waiting in the pool.

And soon enough, she didn’t need anyone: 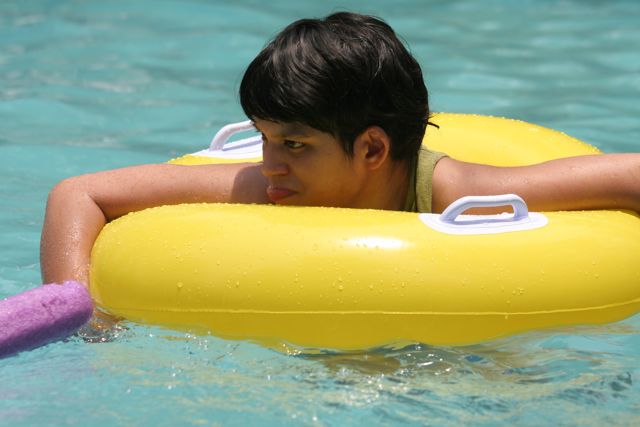 She was on her own, just as we all like to think we are in life: independent, free, making our own decisions. Except for the mysteries of birth. And death. And that long picnic in-between.

June 21st. “The longest of all longest days happened on this date in 2008″, to quote my sister Lucy. We live with the loss because there is no other choice. But the birth that happened on this day puts it in perspective and helps make it bearable.

And the picnic? The picnic is the living, shouting, splashing reminder that life goes on, that truth is eternal and that love never dies.