“And after the commanded journey, what?
Nothing magnificent, nothing unknown.
A gazing out from far away, alone.
And it is not particular at all,
Just old truth dawning: there is no next time around.
Unroofed scope. Knowledge refreshing wind.”

A few weeks ago, Ravi and I watched “John Adams” – a remarkable and thought-provoking mini-series about the second American President and his development as a national leader in the exciting, trying days of the struggle for independence.

What struck both of us was how familiar everything was. Like every American, I grew up with glorified images of our founding fathers. Those great men. Their valiant and principled fight for freedom. The magnificent documents they produced:  The Constitution. The Declaration of Independence. The Bill of Rights.

But the movie (and the book on which it was based) gave a different picture. Those great men argued and disagreed vocally. They were sometimes vain and often ambitious. They were jealous of each other and at times they doubted each other’s principles and motives. Each one wanted his own vison of the country to prevail. They met endlessly and they fought tooth and nail – over concepts, over strategies, over words.

Haven’t we all seen this play out in our own meetings and conferences and conventions? However lofty the purpose of our discussions, aren’t we all aware of the jealousies and insecurities; of the maneuvering and manipulations; of the mixed motives and the veiled doubts?

And aren’t we also aware of the hubris of our deliberations? Of the arrogance of thinking that we will be the ones to change the course of America (or India)’s future? That we are the ones with the answers, the blueprint, the roadmap? The secret, till-now-unrevealed plan for world peace, universal education, an inclusive society?

In last year’s meetings over the new Disability Act, for example – the wrangling and mud-slinging! The allegations and insinuations, the questioning of purpose and motives – often by people one expects so much from, about people one admires without reservation.

I thought for a bit it might simply be our little patch of the field, but then I hear the same reports from Ravi about meetings to do with the linking of rivers and the building of dams, from friends involved in the new Mental Health Act or meetings around child labor laws or the violence against women act.

Yet at the very deepest heart of it all, there is – so often! – an adherence to principle and truth which even John Adams would have been proud of. For in spite of the wrangling and jockeying for power that marked the debates in revolutionary America, in the end, the Constitution was written, the Declaration of Independence was signed, the Bill of Rights was agreed upon. People gave up their positions of honor, let go of the wordings they had held so dearly, accepted that others might know more than they. They compromised. They agreed. They held some truths self-evident.

For the last two days, I have been in an intense meeting with colleagues to determine the next phase of our inclusion project: how to ensure that children in anganwadis and government schools are happily and meaningfully included in their communities? 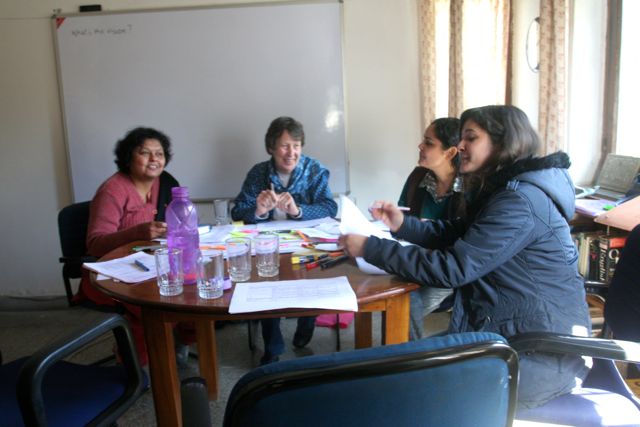 We have argued and debated and fought over strategies, approaches, numbers, budgets and monitoring tools. But on first principles, on what it means to include, to welcome, to embrace – there we seem to be in total harmony and concord.

I am still aware of the enormity of our task and the arrogance of our assumption that we are the ones to take it on. But I have no doubt that this is how it happens. A small band of true believers – resolved to make a change for children who might otherwise be forgotten – can come together and transcend differences in order to form a more perfect union. 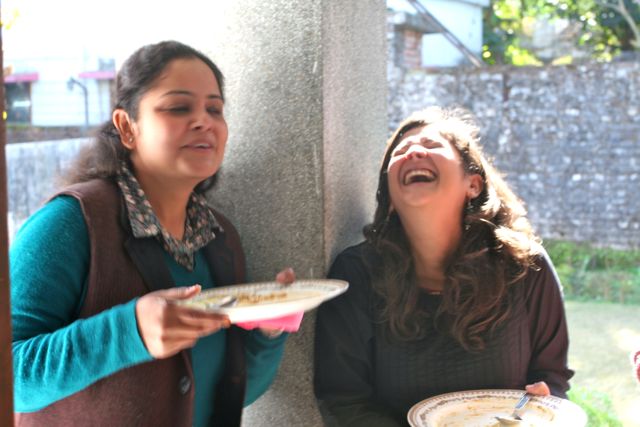 Does it start with humor? With the ability to step aside and stop taking oneself so seriously? 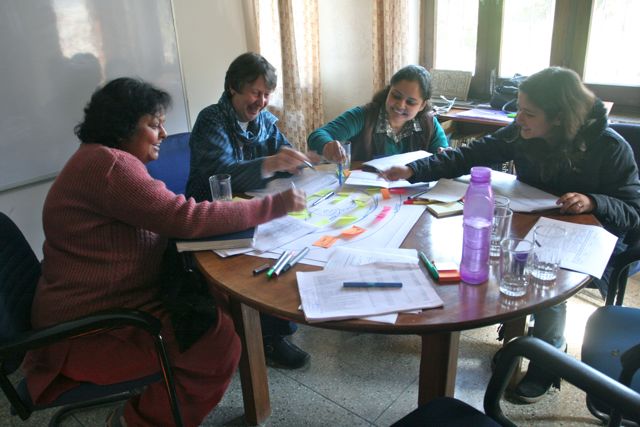 That seems to work for us. I wonder if that’s how it was for John Adams and his friends. It’s not what comes into the history books or those solemn made-for-TV specials. But in real life, in the slow, painstaking building of a nation, I believe it is humor and joy and creativity which will save us.

Inclusion is a concept, yes. But more than that, it is a process. John Adams and Thomas Jefferson – the 2nd and 3rd Presidents of the United States – were dear friends and arch-rivals. They challenged each other; and they brought out the best and the worst in themselves in so doing. They fell apart politically and they retired into wounded silence.

But in the end, they returned to first principles. They remembered why they had come together in the first place. They renewed their friendship and they proved the strength of their beliefs.

I wonder if they laughed when they were together. I hope so. 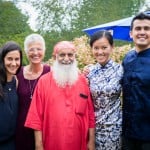 Get Me To The Church On Time: A Wedding Gift To Remember
Those Amazing Momenta Photographers
English
हिंदी